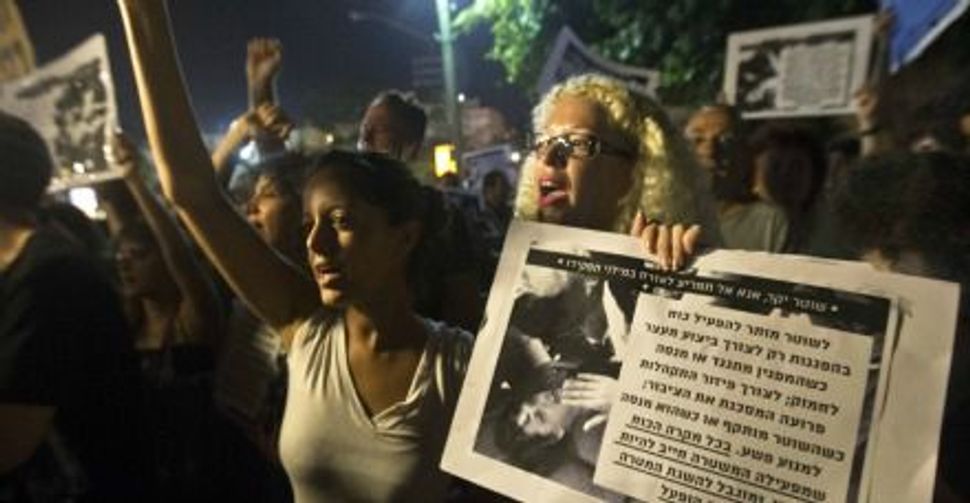 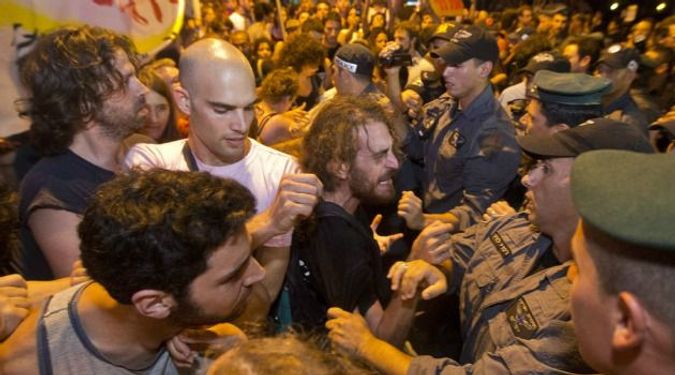 Clash With Police: Social justice protesters battled with police on the streets of Tel Aviv after one of their leaders was arrested. Image by getty images

More than 6,500 people converged in and around Tel Aviv’s Habima Square on Saturday night, protesting the arrest on Friday of Daphni Leef, a leader of last summer’s social protest movement.

The protesters blocked Ibn Gabirol Street north to Rabin Square, before moving on to blocking Ayalon highway. Around 20 demonstrators who broke into a Bank Discount branch on the corner of David Hamelekh Street were removed by police.

A large police contingent was stationed in the city center starting Friday afternoon. The police had expected Saturday’s demonstration, which they say is illegal and unlicensed. Other banks were targeted; a window at Bank Hapoalim at Gan Ha’ir was shattered.

Under the slogan “Emergency protest! Returning power to the people,” demonstrators confronted the police, some of them from the elite Special Forces unit.

Activists said one of their number, Moshe Menkin, was arrested by an undercover police officer when he entered an abandoned building on Rothschild Boulevard that the police were using as a staging area.