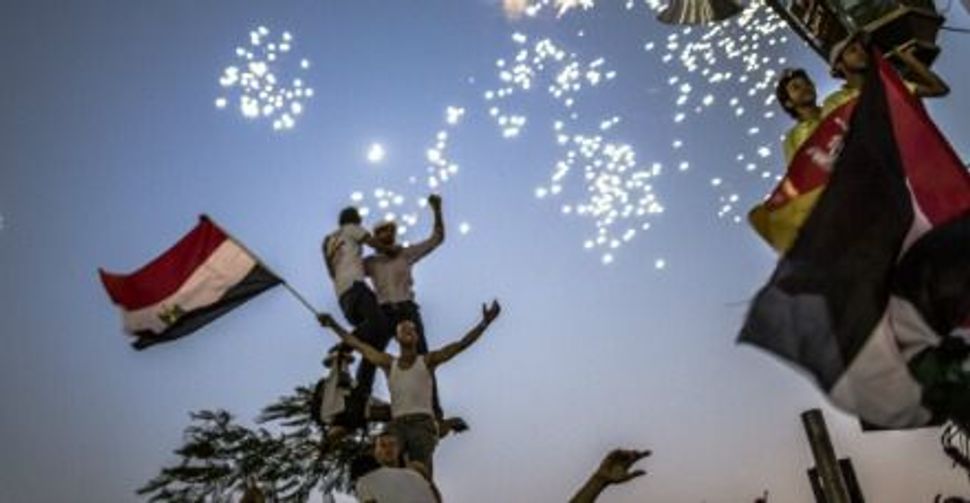 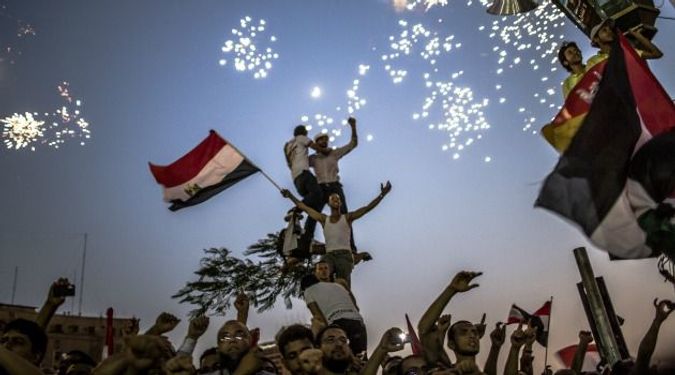 After days of delay, word on the street was that Ahmed Shafik, Morsi’s main rival and a member of Hosni Mubarak’s old guard, was poised to be declared the winner of the country’s first democratic vote.

The rumors were greeted with satisfaction among Egypt’s secular middle class, some of whom feared the Muslim Brotherhood more than they feared the bloodshed and chaos that could have resulted from the perception of a stolen election.

The chatter brought a smile to the face of one of Mubarak’s former foreign ministers, whom I was interviewing at the time about a topic unrelated to the election.

After taking a call on his cell phone, he hung up and grinned even wider.

A very well-placed friend, he explained, had just called in to inform him that the electoral commission would soon proclaim Shafik the winner.

The next day, a prosecutor announced that corruption lawsuits naming Shafik in connection with crooked land sales during his time as a Mubarak minister would go forward.

Denying the charges, Shafik nevertheless left the country for Abu Dhabi on June 26, accompanied by his family. Omar Suleiman, Mubarak’s former spy chief and the former ruling party kingmaker, had reportedly already fled to the Persian Gulf with his family.

Meanwhile, Morsi went on national television just hours after he was named president-elect. He gave a long and repetitious speech that appealed to the undeniably sentimental streak of the Egyptian people. It worked. Many Shafik supporters, who had been convinced that a Morsi victory might usher in an Islamist reign of terror, were reassured by Morsi’s words. He told them he would be president of all the people, that Egypt was one family, that everyone’s rights would be respected.

Egypt, in other words, had stepped back from the brink. Its military leaders, who seemed intent on engineering a soft coup and handing the election to Shafik, had second thoughts.

What happened? Not surprisingly, some claimed that “Washington” (Obama? Hillary Rodham Clinton? The Pentagon?) had called the military command and warned that reversing the election results would destabilize the country. Others said the U.S. bluntly threatened to freeze the more than $1 billion in annual military aid.

Some believe that the top military command did not need a shove. Even they came to recognize at the last minute that getting the electoral commission to fiddle with the vote would be a disaster. In any case, even with Morsi in charge, the armed forces would retain its tremendous powers, at least for now. The recently elected pro- Morsi parliament has been dissolved, and military has assumed legislative authority until a new constitution is drafted and a new parliament is elected.

In the end, it matters little. Morsi is Egypt’s president, and he has been saying all the right things. He told CNN’s Christiane Amanpour that Christians and women would be named to high positons, perhaps as vice presidents. Morsi said he had resigned from the Muslim Brotherhood and its affiliate the Freedom and Justice Party. He vowed that his Cabinet would include technocrats as well as political figures from across the spectrum of Egyptian political life.

The main reason that Morsi won the presidential election and that the Muslim Brotherhood did so well in the first really free parliamentary election last winter is simple:. Aside from the former ruling party, it is the only large, seriously organized, dedicated and politically disciplined modern political movement in Egypt. It reminds one in that sense of the Western European communist parties at their most effective stretches. Like those parties, the Muslim Brotherhood is organized along quasi-Leninist, “democratic centralist” lines. The difference is that Islamists turn religion into ideology. They believe that God is history, while the Communists believe history is God. Needless to say, the world that the Muslim Brotherhood is part of has changed completely since its younger days in the 1950s and ’60s.

Morsi is completely different from the older generation of Egyptian Muslim Brotherhood leaders. He got his doctorate and started his family in the United States. His two sons are American citizens. His past mirrors that of Tunisia’s Islamist leader Rached Ghannouchi, who was in exile for years in Britain before Arab Spring protests catapulted him to power. He has so far behaved with a refreshing respect for pluralism and tolerance.

The refreshing change comes with a shocking irony, however. Decades ago, under the historic influences of socialism and fascism, the Muslim Brotherhood had a social program that resembled that of the New Deal and European syndicalism. It promised Social Security, real health insurance, public works projects to dramatically reduce unemployment, trade unionism and worker ownership.

That kind of old-style Muslim Brotherhood plan could be precisely what is desperately needed now in an Egypt burdened by vast unemployment and stunting poverty. But instead of pushing forward with that legacy, Morsi’s economic plan sounds barely different from that of the Mubarak regime. He promises neo-liberalism that at its very best will be one small step above the corrupt crony version of capitalism that the developing world knows only too well. It certainly does not sound like a New Deal for the Arab world’s biggest new democracy.

Abdallah Schleifer, a former bureau chief for NBC News in Cairo, is a decades long resident of Egypt and a professor of journalism, emeritus at American University, Cairo.