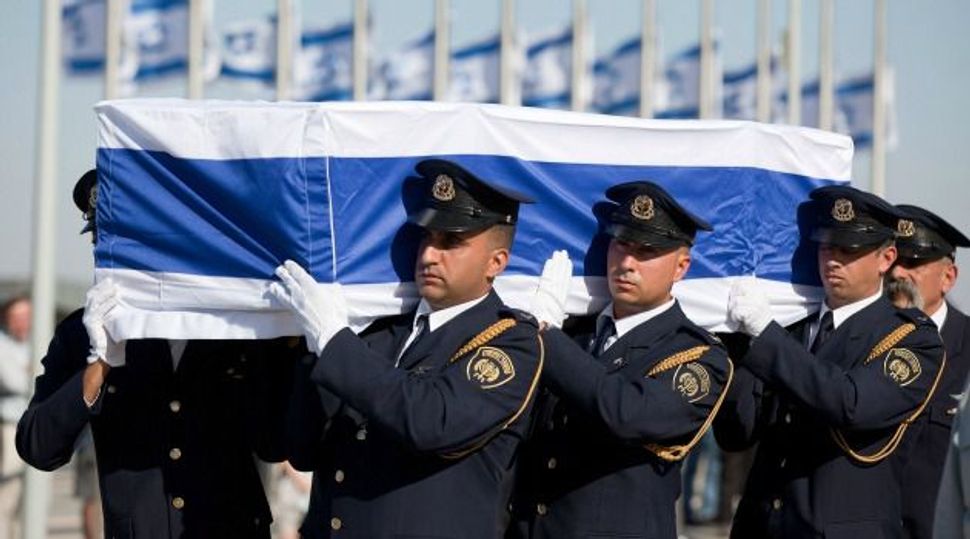 Shamir, who died Saturday at the age of 96, was buried in a section of Mount Herzl set aside for Israel’s leaders.

President Shimon Peres, who delivered a eulogy for Shamir at the funeral, recalled how the two had spent six years serving in the same unity government. While their ideologies different, he said, their worldviews were based on the same foundations.

“Yitzhak Shamir was a man at peace with himself. Steadfast in his opinions. Winds that blew could not bend him. Passing trends did not tempt him. His ideology grew out of the history of our nation. He believed our past is what granted legitimacy to the present,” said Peres.