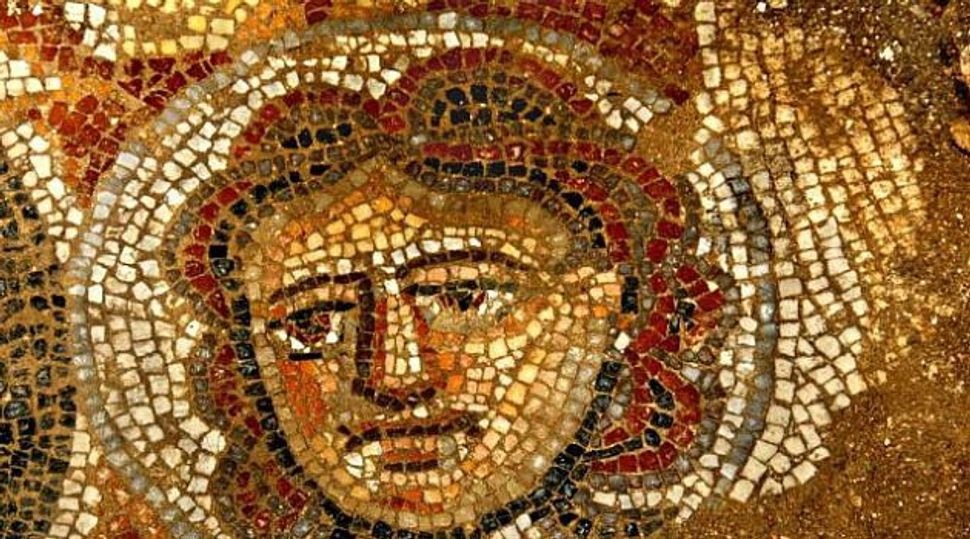 Elaborate Mosaic: Archeologists have uncovered a ?jewel? of an ancient synagogue in Israel?s Galilee region. Image by haaretz

Archaeologists working in the lower Galilee have discovered remnants of an elaborate synagogue from the Talmudic period at Khirbet Hukuk, where a Jewish city once stood.

The synagogue dates back to somewhere between the fourth and sixth centuries, during the late Roman or early Byzantine period. The site is located above the northwestern shore of the Sea of Galilee, near Kibbutz Hukuk.

The existence and location of the ancient synagogue were recorded by Rabbi Ishtori Haparchi in his Book of Bulb and Flower, the first Hebrew geography of the Land of Israel, written in the fourteenth century, and by archaeological surveys conducted in the area in the more recent past.

The surveys revealed decorative architectural elements, which were characteristic of the elaborate synagogues built in the Galilee during the period. The recent dig unearthed sections of the synagogue, including an ornate wall made of large hewn stones and a mosaic floor.

“The jewel in the crown of the discoveries this season is the colorful mosaic floor, which is of very high quality,” explained Dr. David Amit of the Israel Antiquities Authority, one of the bodies supervising the dig.