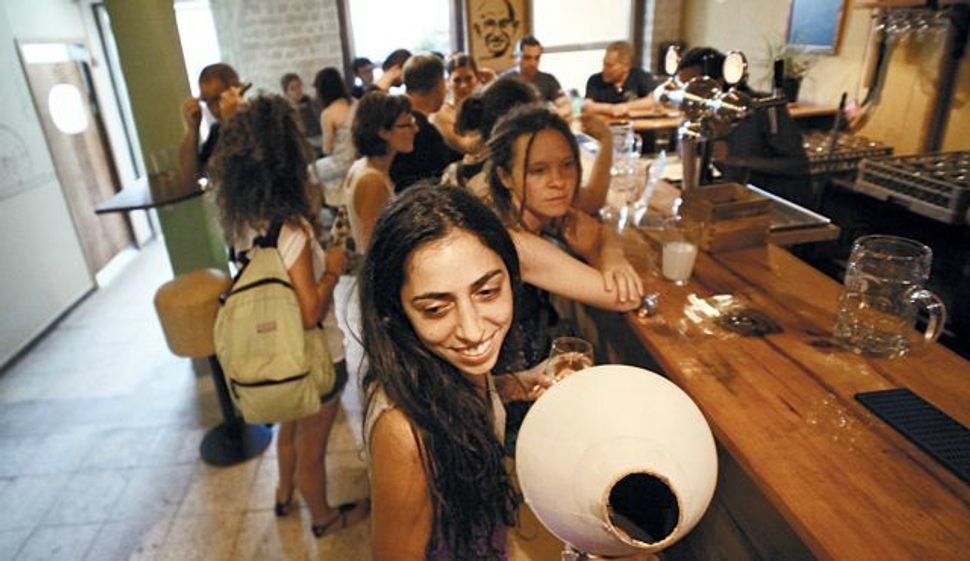 Everybody Knows Your Name: Bar Kiama, Hebrew for viable, has opened in Tel Aviv. It?s a coop founded by leaders of Israel?s social justice protest movement. Image by haaretz

Dozens of enthusiastic youngsters trooped to the opening of Israel’s first cooperative pub, founded in Tel Aviv’s bohemian Florentine neighborhood by a group of leaders of the social protest movement.

About half the revelers at Bar Kiama (Hebrew for “Viable”) were shareholders who had invested NIS 1,000 each, and will be entitled to wholesale price food and drink for life.

“It’s my bar,” one of them said without blinking when I asked them about the place.

One could say the pub, whose founders include Yigal Rambam and Julian Feder, shows protest activists just wanna have fun. But it also stands for building things and setting an example, reminiscent of the beginning of the previous century, when huge cooperatives were set up here.