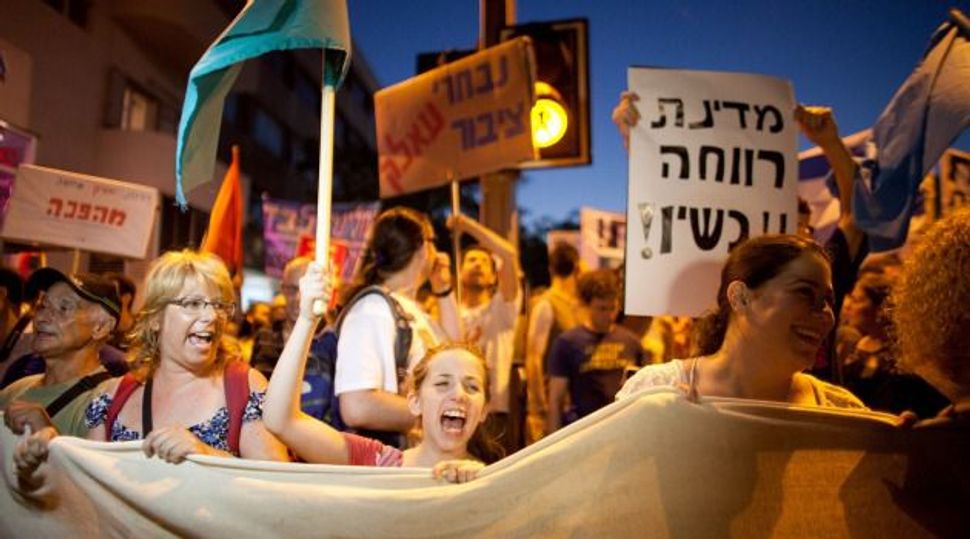 One Year Later: Israelis rally for social justice on the first anniversary of the launch of the movement. Image by getty images

Thousands of Israelis have gathered in several cities throughout the country on Saturday to mark one year since the start of the social protests.

In Tel Aviv, one of the protesters marching down Kaplan Street set himself on fire and was evacuated to the hospital shortly afterward.

In a letter he left at the scene, he wrote that “the state of Israel stole from me and robbed me. It left me helpless.”

Protesters, in two separate demonstrations in Tel Aviv, were holding signs in support of the gay community, better public transportation, the protection of the environment, and against the deportation of African migrants and the government’s socio-economic policy.

Daphni Leef, the woman who launched the social protest, told Haaretz on Saturday that one year later, the activists’ message hasn’t changed.

“We want a fair society,” she said. “Today we are also celebrating. Suddenly, when people take to the streets they understand that they have power and that they are right.”