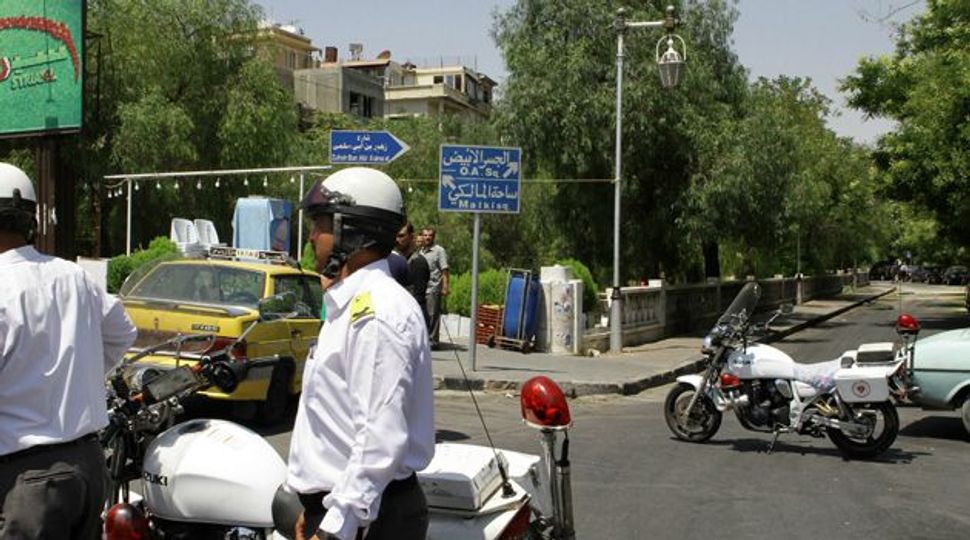 The revolt against President Bashar al-Assad came within sight of his presidential palace on Wednesday as fighting erupted in major Damascus neighbourhoods for a fourth day and killed several key members of the inner ruling circle.

An army barracks near the “palace of the people”, a huge Soviet style complex overlooking the sprawling capital from the western district of Dummar, came under rebel fire around 7.30 a.m. (0430 GMT), activists and a resident said.

“I could hear the sound of small arms fire and explosions are getting louder and louder from the direction of the barracks,” Yasmine, who works as an architect, said by phone from Dummar.

Dummar is a secure area containing many auxiliary installations for the presidential palace and the barracks is just hundreds of meters from the palace itself.

Assad and the ruling elite belong to the minority Alawite sect, an offshoot of Shi’ite Islam that has dominated power in Syria since a 1963 coup.

Rebels directed their fire overnight at a large state facility turned headquarters for pro-Assad militia, known as shabbiha, drawn mainly from Alawite enclaves in nearby hills.

Army tanks and anti-aircraft guns, used as an infantry weapon, took positions in the northern neighbourhood of Barzeh, where hundreds of families from the neighbouring district of Qaboun are seeking shelter.

“Anti-aircraft guns are firing at Qaboun from Barzeh. There are lots of families in the streets with no place to stay. They came from Qaboun and from the outskirts of Barzeh,” said Bassem, one of the activists, speaking by phone from Barzeh.

In the central neighborhood of Midan tanks and infantry fighting vehicles known as BDMs took positions in main thoroughfares and sporadic fighting was reported.

“Armour have not been able to enter the alleyways and old streets of Midan. The neighbourhoods old Zahra and the old area near Majed mosque are in the hands of the rebels,” said Abu Mazen, an activist in the district.

Rebel fighters have called the intensified guerilla attacks in recent days, which have targeted shabbiha buses, unmarked intelligence patrols and armoured vehicles in the capital, the battle “for the liberation of Damascus” after 16 months of revolt.

“It is going to be difficult to sustain supply lines and the rebels may have to make a tactical withdrawal at one point, like they did in other cities,” veteran opposition activist Fawaz Tello said from Istanbul.

“But what is clear is that Damascus has joined the revolt,” Tello, a Damascene, told Reuters. “By hitting well known Sunni districts of the city, such as Midan, the regime is exposing the sectarian nature of the crackdown.”

Information Minister Omran Zoabi said on Tuesday security forces were fighting armed infiltrators in Damascus. He said many had surrendered while others “escaped on foot and by car and are firing randomly in the air to frighten people”.