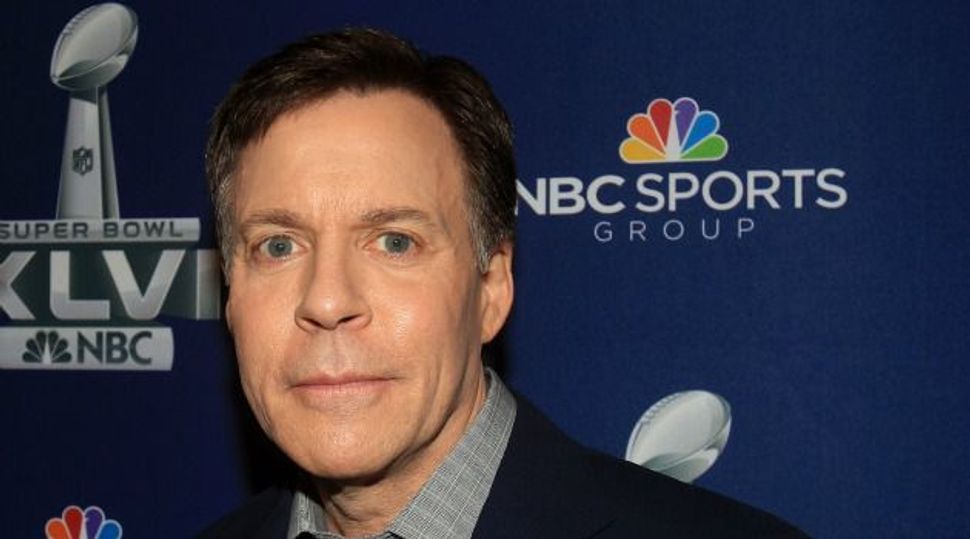 Legend Speaks: Iconic sportscaster Bob Costas plans to mention the Olympic committee?s refusal to hold a moment of silence for the victims of the 1972 Munich massacre. Image by getty images

NBC sportscaster Bob Costas said he will call out the International Olympic Committee for denying Israel?s request for a moment of silence for the massacre of 11 Israeli athletes and coaches at the 1972 Games.

Costas, according to the Hollywood Reporter, will add his voice to the U.S. Senate, the German Bundestag, the Canadian and Australian parliaments, Italian lawmakers and some 50 members of the British Parliament who are also advocating the moment of silence.

?I intend to note that the IOC denied the request,? he told the Hollywood Reporter. ?Many people find that denial more than puzzling but insensitive. Here?s a minute of silence right now.?

Costas intends to make his remarks when the Israeli delegation enters the 80,000-seat Olympic Stadium for the Olympics? Opening Ceremony, which coincides with the 40th anniversary of the Munich massacre, .

?There?s a reality in business; there were times when I thought he got too forceful,? said Dick Ebersol, Costa?s former producer at NBC, reported the Hollywood Reporter. ?But I?m very proud of the fact that Bob was able to be Bob.?