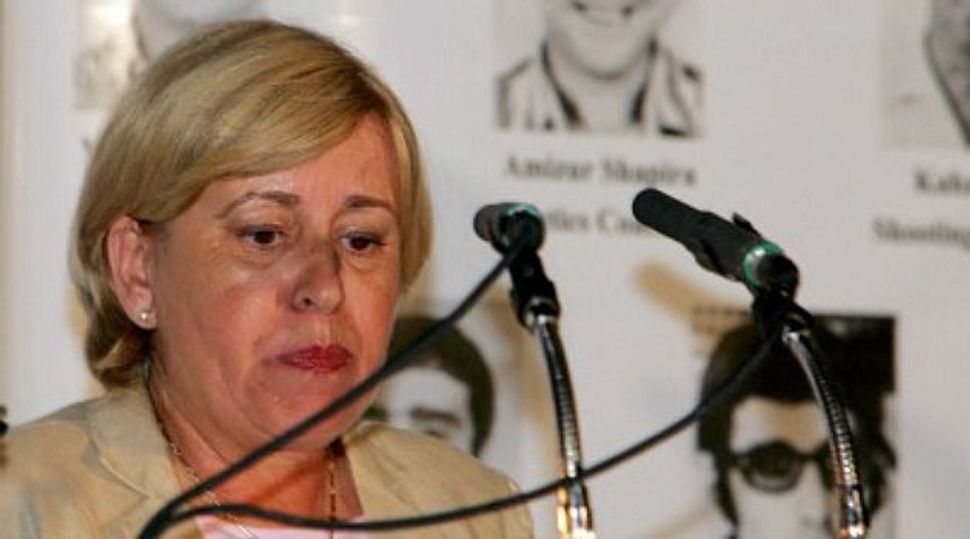 Like It or Not: Ankie Spitzer and other widows of athletes slain in Munich are asking fans to observe a moment of silence at the Opening Ceremony, whether organizers like it or not. Image by getty images

Widows of Israelis murdered at the 1972 Munich Olympics are asking the crowd at the opening ceremonies of the London Games to stand for a minute of silence, regardless of whether the International Olympic Committee recognizes it.

“He told us that when he heard the explosions in the Olympic village, he debated whether to continue in the Games or go home, and decided not to let terror win,” Ilana Romano, wife of Yossef Romano, a weightlifter who was murdered in the 1972 attack, said at a news conference. “Jacques Rogge, you have let terror win today.”

Rogge is the president of the IOC, which repeatedly has refused to hold a moment of silence at Friday’s opening ceremonies in memory of the 11 murdered athletes and coaches.

The movement to hold a moment of silence at the Olympics has gathered steam after beginning as an online petition two years ago. International politicians and public figures, including President Obama and presumptive Republican presidential candidate Mitt Romney, have called for an official moment of silence.

Rogge held a moment of silence for the murdered athletes at a small ceremony in the Olympic Village on Monday.