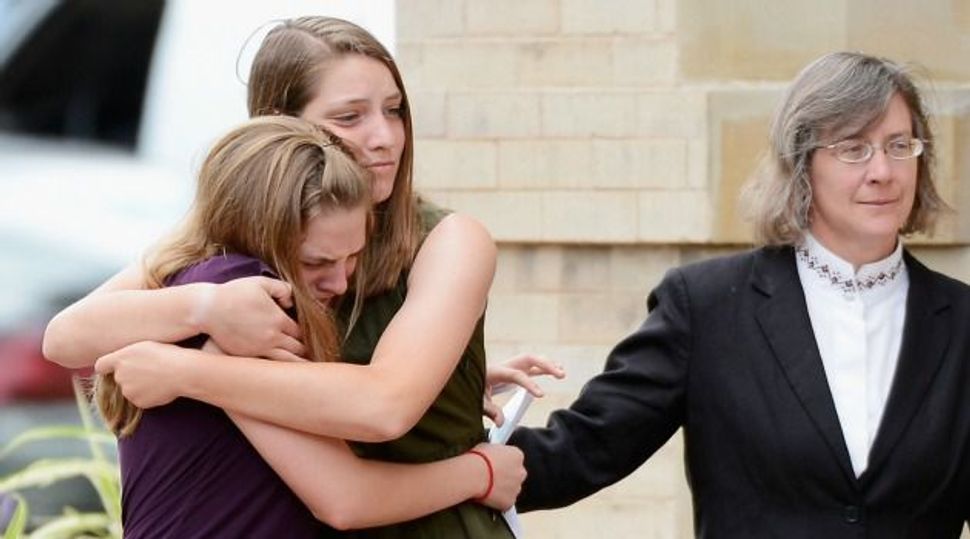 Mourning: Friends mourn those killed in the ?Batman? shooting rampage. A Jewish mother recounts her children?s brush with the deadly shooting spree. Image by getty images

Shani Reflow cannot stop shaking, sleeps only in fits and starts and keeps her cell phone on full volume. She has been in this state since her children came home at dawn on Friday and told her they had just fled a shooting rampage at a local movie theatre.

It is now clear that the shooting in Aurora, Colo., near Denver, is one of the most gruesome mass shootings in United States history. A 24-year-old man who recently dropped out of a neuroscience doctoral program is suspected of killing 12 people and injuring 58 when he opened fire at a crowded premier of the latest Batman movie.

But that morning, the 42-year-old single Jewish mother could barely comprehend what had happened as she looked at the faces of her shaken and exhausted children.

“Everyone kept telling me ‘calm down.’ Initially no one understood the severity of what happened and what my kids witnessed – that they were in Theatre 9 and saw the carnage,” Reflow said in a phone interview from Aurora.

Her son, Brandon DiRito, 16, said the last thing he saw as he fled the theater was a woman’s body lying sprawled on the stairs, legs askew.