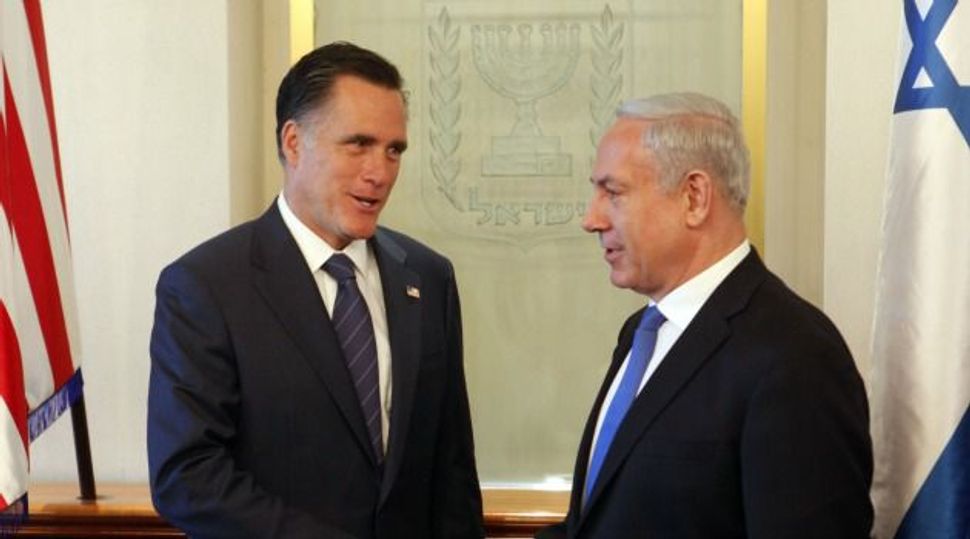 “You said the greatest danger facing the world is of the ayatollah regime possessing a nuclear capability,” Netanyahu told Romney. “Mitt, I couldn’t agree with you more. All the sanctions and diplomacy so far have not set back the Iranian program by one iota. We need a strong and credible military threat coupled with sanctions” in order to prevent Iran from getting a nuclear weapon,” said Netanyahu.

At a short press conference before their meeting, Netanyahu mentioned their close personal friendship, stating that it was a pleasure to receive the former Massachusetts governor in Israel.

The Republican hopeful briefly mentioned Iran.”Israel’s perspective with regards to Iran and its effort to become a nuclear capable nation is one I look to with great seriousness,” said Romney.

Romney thanked Netanyahu for his praise, but refrained from making significant policy declarations. Romney spoke of the long friendship between himself and Netanyahu, also noting that he was happy to be able to hear Netanyahu’s positions and learn from them.