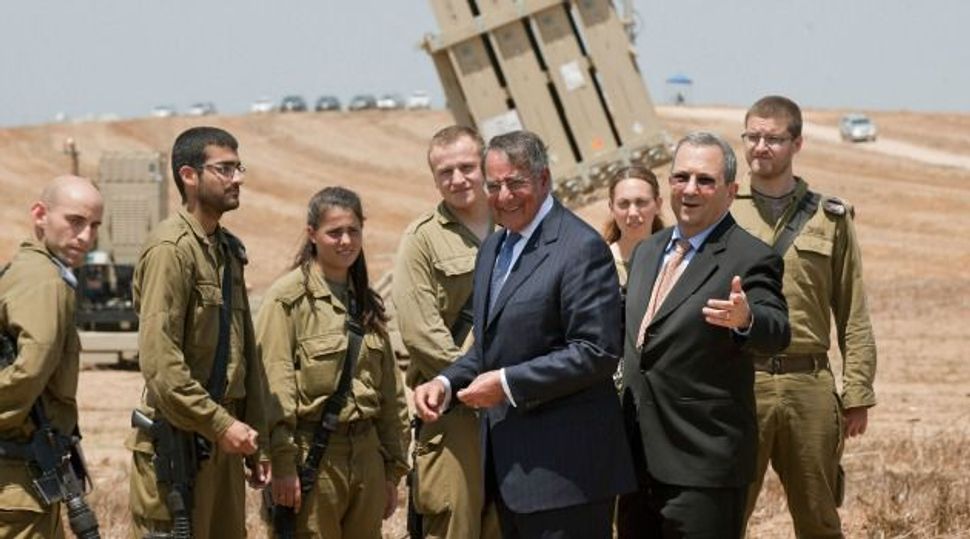 Defense Secretary Leon Panetta warned Wednesday that the United States is prepared to implement ‘other options’ if Iran continues to work toward attaining nuclear weapons. Panetta made the remarks at the site of the Iron Dome anti-missile defense system in Ashkelon.

“We have other options, and we are prepared to implement them” if Iran continues to work toward nuclear weapons, Panetta said.

“Iran must either negotiate acceptable limits on its nuclear program or face the possibility of U.S. military action to stop it from getting the bomb,” Panetta stressed.

Panetta said that the U.S. has been “taking steps to continue to apply more pressure on Iran,” mentioning Obama’s announcement of new Iran sanctions on Tuesday.

Defense Minister Ehud Barak, standing beside Panetta, said he sees an “extremely low” probability that sanctions will ever compel Iran to give up its nuclear activities.