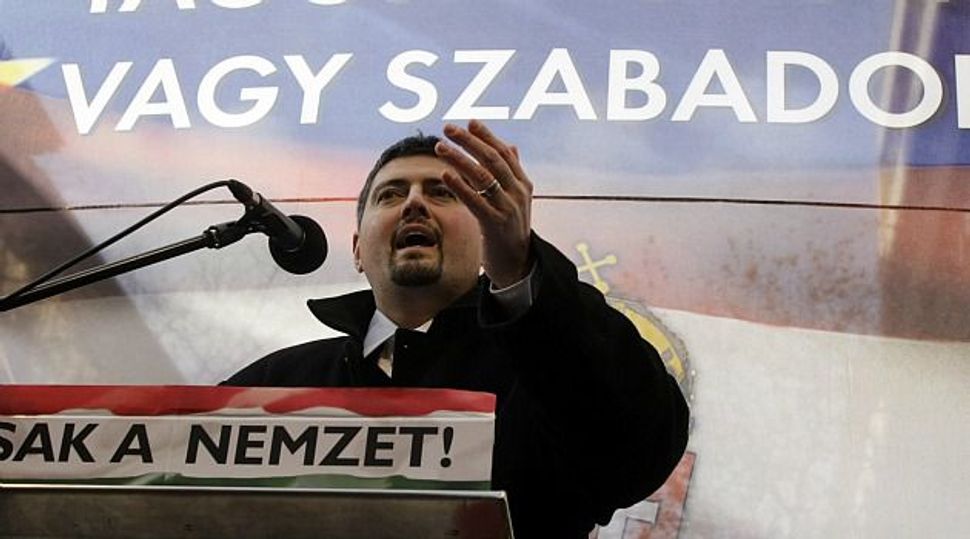 A Hungarian far-right lawmaker who recently declared he was Jewish has resigned from most of his positions within the Jobbik Party.

Csanad Szegedi stepped down last week at the request of the party’s leaders, according to Jobbik’s official website. The Anti-Defamation League describes Jobbik as “openly anti-Semitic.”

Szegedi had created a “spiral of lies” in an attempt to conceal his origins, according to a communique published on the Jobbik site. The party’s vice president, Elod Novak, therefore called on Szegedi to resign, the text read.

In a communique released last week, Szegedi wrote: “Effective immediately, I resign from all my posts and functions in Jobbik.” The resignation is meant “to prevent further attacks against Jobbik by enemy forces,” he added. “I cease all my domestic political activities and I continue my work solely as a member of the European Parliament.”

Vona, who denies that Jobbik is anti-Semitic, said that Szegedi’s Jewish ancestry is not the reason for the fallout. Rather, Jobbik takes issue with Szegedi’s attempts to conceal it, Vona said. According to the Jobbik website, party leaders asked Szegedi to step down following reports in the media that he offered a person money to keep the news from getting out.

In June, Szegedi revealed in an interview for a far-right publication that his grandmother, Magdolna Klein, was a Jewish Holocaust survivor.