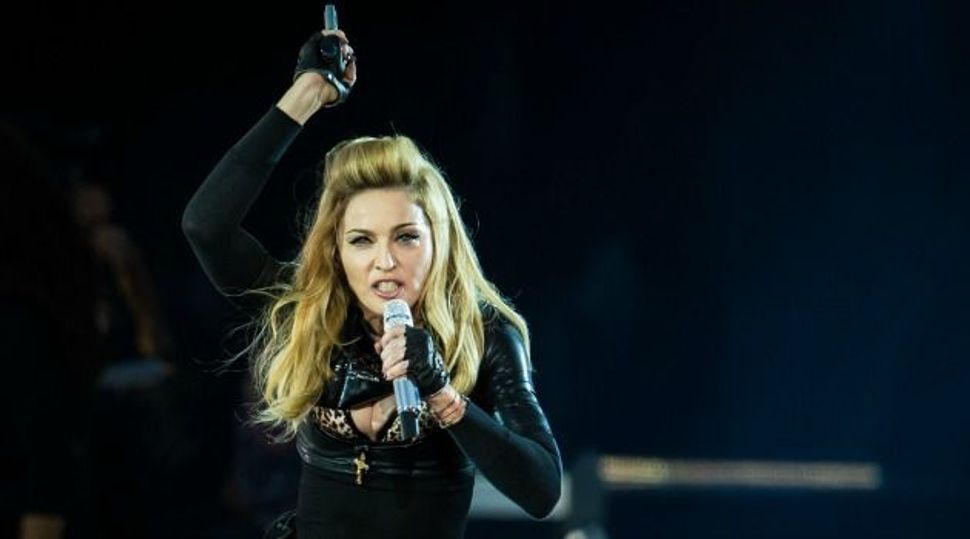 Material Conflict: Madonna?s concert in Poland took place just as the country was honoring the victims of the 1944 Warsaw Uprising against the Nazis. Image by getty images

Religious groups, politicians and members of the public protested a performance by Madonna in Poland’s capital yesterday evening that clashed with the commemoration of the 1944 Warsaw Uprising.

The international pop icon was set to appear last night in a large stadium in Warsaw just hours after sirens were sounded in the capital marking a moment of silence in honor of the 68th anniversary of the revolt against Nazi rule, in which 16,000 fighters died in battle and 200,000 civilians were murdered in Nazi reprisals. Just as Madonna was due to take to the stage at 9:30 P.M., Catholic churches were to begin a prayer in honor of the slain.

Some 50,000 irate Poles sent letters of protest against the Madonna concert. Promotional posters adorning the city days before the show were sprayed with black paint and symbols of the uprising.

“People who have no love for the motherland are urging our youth to go to watch dances by half-nude women instead of paying their respects to heroic warriors,” said parliament members from the right-wing opposition party Law and Justice ‏(PIS‏).