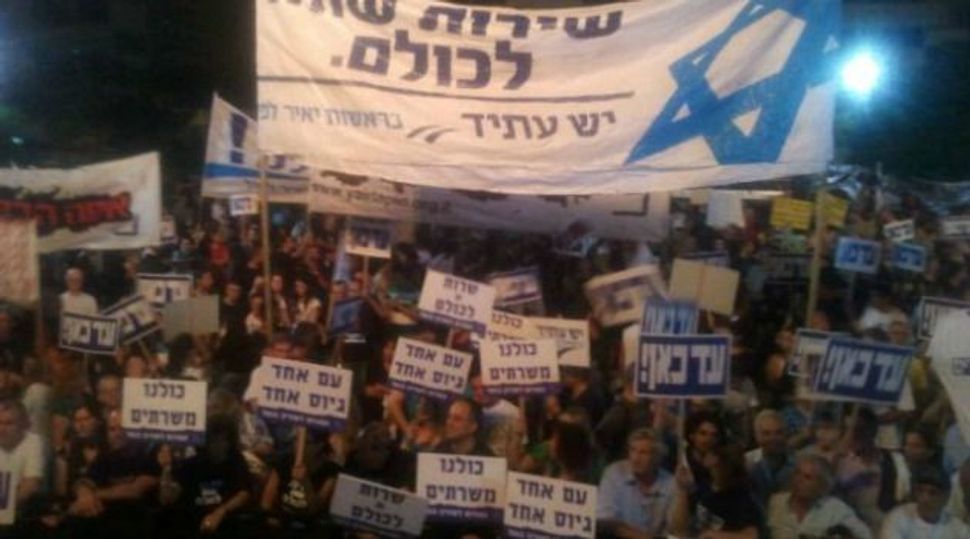 Thousands of Israelis participated in two separate social protest rallies on Saturday, as one event represented a bid to unify the social protest movement and the movement for a universal IDF draft, with the other mostly comprised by social protest activists who disagreed with the unity attempt.

On Thursday, social protest leaders and those of the Israeli Forum for Equal Service announced that they would team up for a Tel Aviv rally, taking place near Tel Aviv Museum of Art, and which will rally for universal military service and against the government’s tough economic measures.

“This isn’t only a young people’s campaign,” said students’ union chairman and social activist Itzik Shmuli at a news conference yesterday. “It’s the campaign of everyone who bears the economic, social and defense burden – everyone who cares how this country will look in a few years.”

Social protest leader Stav Shaffir also took part in the conference. “It’s time to go to an all-out war,” she said. “The games are over.”

However, despite the bid for unification, many prominent social protest activists said that the move was a publicity stunt, that that there was in fact no real unity.