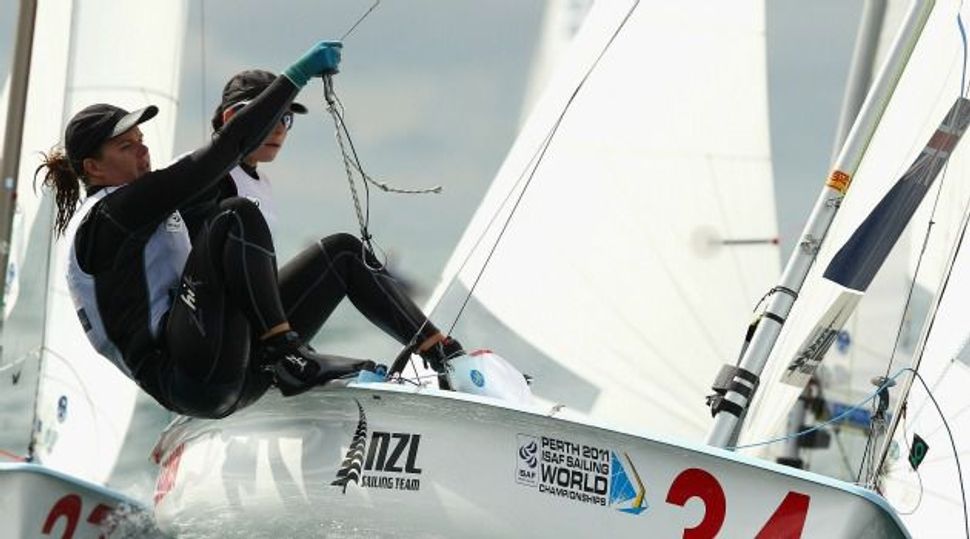 New Zealand sailor Jo Aleh is poised to win her first Olympic medal as her event heads into its final stretch.

Aleh, whose parents Shuki and Daniella Aleh lived in Israel before moving to Auckland, is in second position with her teammate Olivia Powrie after six of 10 races in the 470 event.

The Kiwis were leading the competition in the early rounds, but now trail the British team by one point. There are four more rounds remaining – two on Tuesday and two on Wednesday – followed by a medal race, scheduled for Friday.

Aleh, a former national champion and 2007 world champion, came seventh at the Beijing Olympics in 2008 and hopes to win her first Olympic medal in London.

Her father has flown in from Israel to watch the final rounds and her mother has arrived from New Zealand.

She has two half-siblings who both live in Israel, according to a report in The Forward. After the Olympics, the family is traveling there to celebrate her half-sister’s bat mitzvah.

Aleh says she was inspired to take up sailing after watching the 1995 America’s Cup when New Zealand won sport’s oldest trophy.