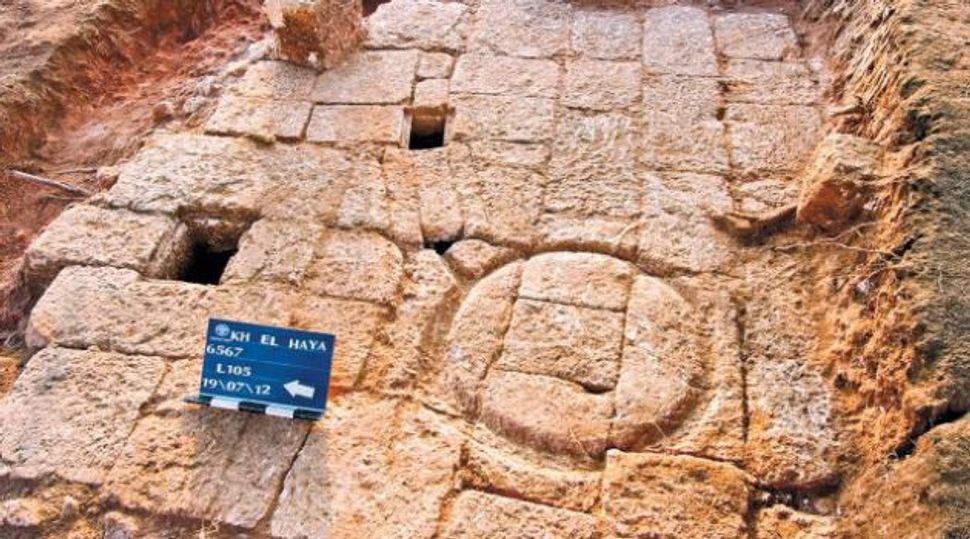 A dig conducted by the Israel Antiquities Authority in Hod Hasharon has uncovered a rare olive press from the Byzantine period, some 1,300 years ago.

The excavation was being done ahead of the building of a new road in the area, near Kfar Malal. The dig revealed a surface for pressing the olives and a system of channels and holes for draining the oil.

Unlike most olive presses found in Israel, this one was not set up on bedrock, because most of the ground in the area is soft, but rather on a level floor made of dressed stone and large building slabs that had been brought to the area. The pressing stones, used to extract the oil, were also found nearby.

Israel Antiquities Authority Central District archaeologist Amit Re’em and the head of the excavation, Durar Masarwa, said the size of the press suggested that it was not for personal or family use but was instead used to produce commercial quantities of olive oil.