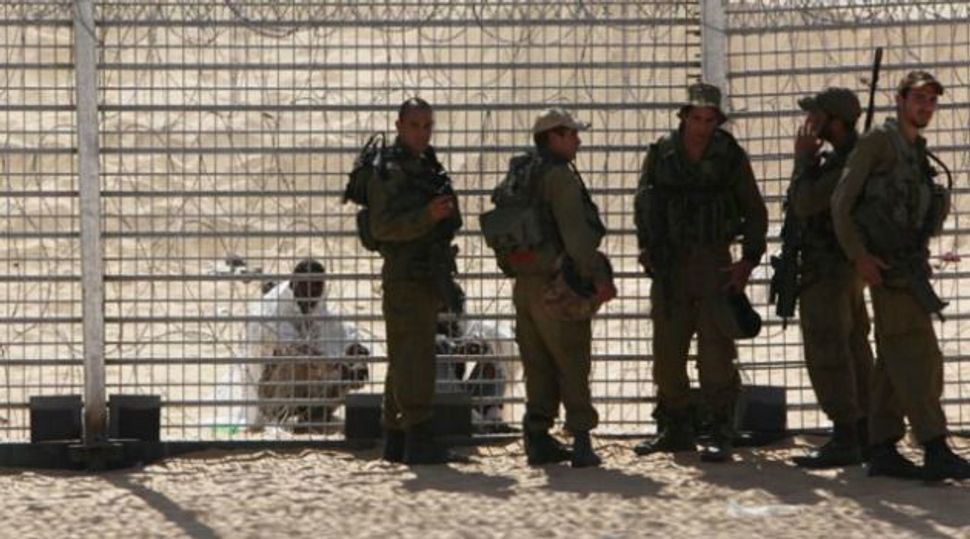 Nowhere To Go: Eritrean immigrants wait forlornly at an Israeli border post. The group is stuck between Egyptian and Israeli territory. Image by haaretz

In response to a report of some 20 Eritrean migrants trapped between the Israel-Egypt border, Interior Minsiter Eli Yishai declared, “We will not bring the Eritreans into Israeli territory.”

“It is hardest for me, of anyone, to see these pictures, and return families to their homelands. It is hard for me to see these pictures, but I am the one who has to make the difficult decision, and if I have to choose between the good of the state, its civilians, and its security, [and the good of the families] I will choose that there be a fence, that they won’t enter, and instead return to their country,” continued Yishai.

In an interview with Army Radio on Wednesday morning, Yishai said “every day there are people stuck there. If there were no fence, and if we weren’t steadfast, there would be a million people here. Don’t ask what we would do with a million refugees here – excuse me, migrant workers.”

The group of 20 Eritrean migrants has been trapped for roughly six days between fences on the Israel-Egyptian border.