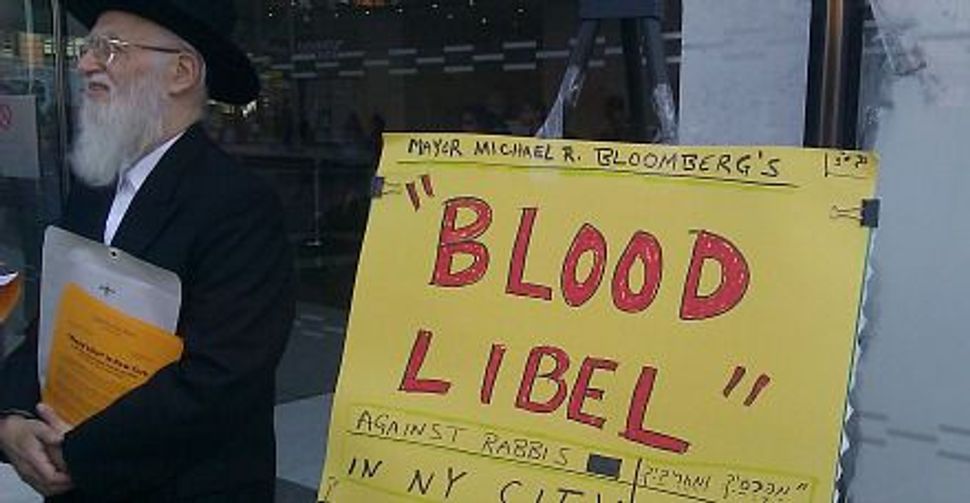 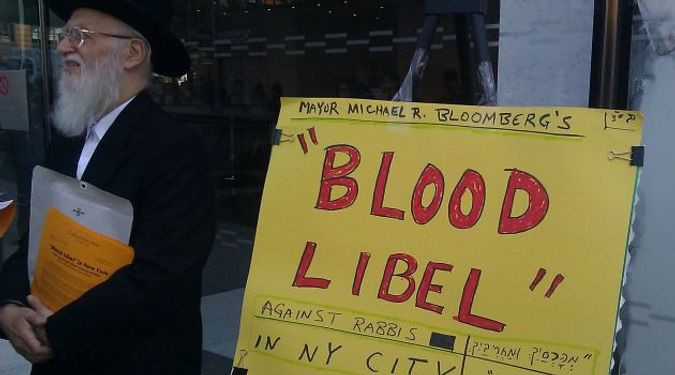 The New York City board of health has voted unanimously to require parents to sign a consent form before allowing a mohel to perform metztizah b’peh, direct oral-genital suction during circumcision. 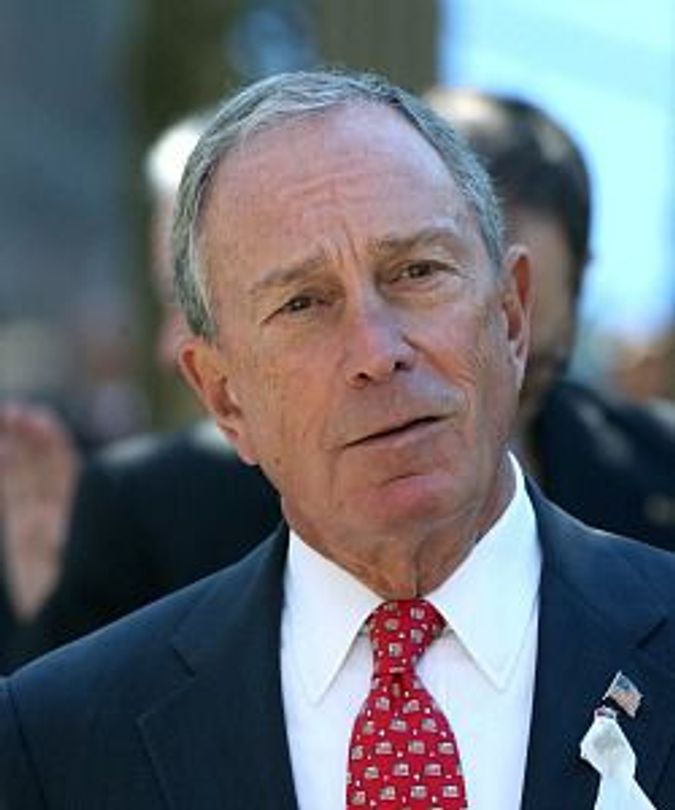 The vote was 9-0 to require parental consent for direct oral suction, a practice employed only by ultra-Orthodox mohels that can lead to transmission of a strain of herpes to which infants are especially vulnerable. Though transmission rates are believed to be low, If infected, babies can suffer brain damage or even death.

“We’re not banning the procedure, we’re not regulating how circumcisions are performed,” Jay K. Varma, deputy commissioner for disease control for the health department said after the meeting. “We’re simply requiring that people understand there is a risk, and if people want their baby to be circumcised, they have to understand that this procedure might potentially transmit an infection that is both serious as well as life threatening.”

There are no mandatory penalties imposed if the waivers are not signed. But the health commission may impose penalties at its own discretion. Varma said the department would respond to public complaints and investigate the claims, and that repercussions could range from a phone call or a formal warning letter, to fines of up to $2,000 for each violation.

Despite the unanimous approval, during the meeting board members, who are appointed by the mayor, voiced their concerns about the forms and the potential of limiting religious freedom. Board member Sandro Galea referred to the waivers as a “tricky issue,” and Health Commissioner Thomas Farley said the department had worked hard to protect infants and respect religious traditions at the same time. He also took note of calls from the Orthodox Jewish community to delay the vote, but said that would be inappropriate and essentially doing nothing on the matter. Farley did say that he hoped to continue dialogue with critics past today.

“The puppets all danced to the tune of the puppet master,” said Handler, referring to the health board and the mayor. “What this is, is the first step in completely taking away traditional bris milah from the Jewish people in New York City.”

Michael Tobman, a consultant who works with New York Hasidic communities, said in a statement that the Orthodox Jewish community is outraged by the decision.

“We believe today’s action, which is based on the thinnest of contested anecdotal evidence, to be plainly unconstitutional and will be aggressively litigating this shocking governmental overreach,“ he wrote.

Isaac Abraham, a Brooklyn community leader who made a failed bid for City Council, compared New York to Germany, where a court outlawed non-medical circumcisions.

“These are the only two places that have a problem with circumcision” said Abraham.

On Wednesday, Mayor Michael Bloomberg met with ultra-Orthodox leaders to discuss the issue. Samantha Levine, deputy press secretary for the mayor’s office, e-mailed a statement to the Forward that said, “we simply continue to disagree and believe parents must be informed of the medical risks associated with the procedure. Ultimately, the City’s highest obligation is to protect its children.”

Levine also emphasized that the health department has not proposed to ban metzitzah b’peh, but the proposal requires mohels to “receive written informed consent, which would provide information about the risks of the procedure, from parents or legal guardians before performing it.”

Last week, more than 200 rabbis signed a letter that accused the department of spreading lies, implying that such a waiver form infringed on their religious freedom. On Tuesday, Agudath Israel of America, an Orthodox umbrella group, said it would sue the city of New York if the regulation was passed. Other critics said there would be possibilities of civil disobedience if the health department continued to proceed.

Metzitzah b’peh is no longer a regular practice in most Jewish circumcision ceremonies; Jews began abandoning the method approximately 150 years ago. It is most frequently performed in the Haredi, or ultra-Orthodox, community, which has resisted the use of alternative approaches, such as sterile pipettes. According to the federal Centers for Disease Control and Prevention, the practice leads to a 3.4 times greater risk for HSV-1 infection.

Handler, of Traditional Bris Milah, disagreed, saying that the health department was acting without a “shred of reliable evidence.”

According to the New York City Department of Health, there have been 11 suspected cases of herpes as a result of metzitzah b’peh in New York City since 2004, with two of the infants dying. Varma proposed the regulation in June and health commission Farley quickly supported the move, publicly calling for an end to metzitzah b’peh.

Like Farley, Varma stressed that the health department would continue dialogue with critics, noting their main goal is to educate those who seek to continue the tradition of metzitzah b’peh.

In the days leading up to the vote, the Infectious Diseases Society of America, the Conservative movement’s Rabbinical Assembly and the head of the Division of Infectious Diseases at the Johns Hopkins University School of Medicine’s Bayview Medical Center, publicly supported the health department, while the Rabbinical Council of America, a Modern Orthodox group, disapproved. Rabbi Shmuel Goldin, RCA president, described circumcision as a “precious and cherished ritual for the Jewish community” and asked the health department to collaborate with Orthodox Jewish leadership to develop protocols to address health concerns.

Jonathan Zenilman, a top doctor at Johns Hopkins University, addressed a letter to Bloomberg on Tuesday, calling the Aguda’s letter “troubling” and “contradictory.” Zenilman said there was “no doubt that MBP causes risk” within the infectious diseases community. He added that the risk were, in fact, probably underestimated. Zenilman said the Aguda’s objective “is to clearly transmit the perception of doubt, and to use that doubt to impact public health policy.”