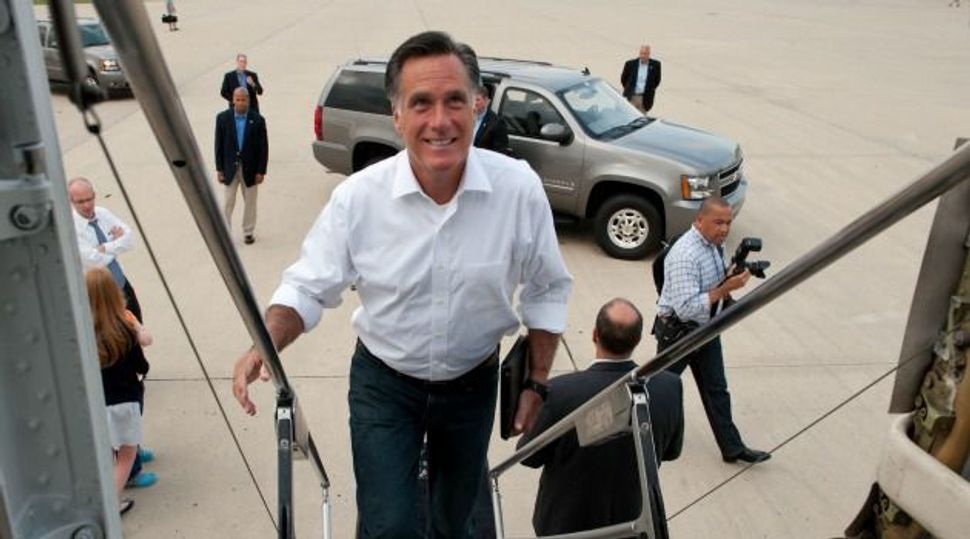 Republican presidential candidate Mitt Romney dismissed supporters of President Barack Obama – almost half of U.S. voters – as people who live off government handouts and do not “care for their lives,” in a potentially damaging video.

“There are 47 percent who are with him, who are dependent upon government, who believe that they are victims, who believe the government has a responsibility to care for them,” Romney said in a hidden-camera video of his remarks at a private fundraiser earlier this year posted on Monday on the left-wing Mother Jones magazine’s website.

“My job is not to worry about those people. I’ll never convince them they should take personal responsibility and care for their lives. What I have to do is convince the 5 to 10 percent in the center that are independents,” he said in remarks convincing donors to write checks for his campaign.

The tape was released in the middle of a difficult time for Romney, as his campaign team on Monday fought off a report of disarray in his inner circle. The former private-equity executive promised to retool his message with more specifics on policies.

Democrats leaped to try to take advantage of Romney’s comments. “It’s hard to serve as president for all Americans when you’ve disdainfully written off half the nation,” Jim Messina, Obama’s campaign manager, said in a statement.

Romney’s campaign said the Republican is concerned about Americans who are poor and unemployed. “Mitt Romney wants to help all Americans struggling in the Obama economy,” Gail Gitcho, Romney’s campaign communications director, said in a statement issued in response to a request for comment.

Mother Jones did not say when or where the video was taken, to protect the identity of the person who recorded it. It did say Romney’s remarks had been made at some point after he clinched the Republican presidential nomination in April.

Romney also used his remarks to discuss with the donors his strategy for appealing to undecided or independent voters by stressing disappointment with Obama’s policies.

“Those people that we have to get, they want to believe they did the right thing, but he just wasn’t up to the task. They love the phrase that he’s ‘over his head,’” Romney said in the video.

The Democratic National Committee also distributed separately a clip from the video in which Romney jokes that he would fare better in the election if he were Latino. Romney’s father was born in Mexico.

“Had he been born of Mexican parents, I’d have a better shot of winning this,” Romney said in the video tape.

Democratic strategists view Obama’s large lead among Hispanic voters as possibly the key to his winning the election on Nov. 6 and Romney has been working to increase his support among them.