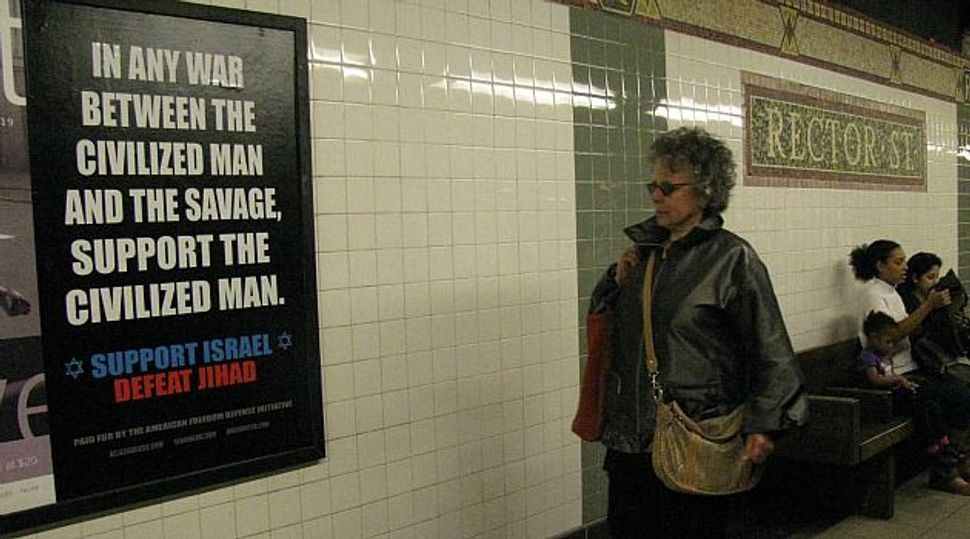 Some national Jewish organizations joined a coalition of religious groups calling on the Washington Metro system to donate profits from an anti-Islam ad to charity.

“The placing of offensive, anti-Muslim ads in the D.C. Metro system is an important opportunity to affirm our commitment both to free speech and to a society that deplores hate and hate speech,” said Rabbi Batya Steinlauf, the Jewish Community Relations Council of Greater Washington’s director of social justice and interfaith initiatives, and president of the Interfaith Conference of Metropolitan Washington.

“We are all part of one community,” she said.

The ad, currently running in four train stations throughout the Washington area, reads, “In any war between the civilized man and the savage, support the civilized man. Support Israel. Defeat Jihad.” It was sponsored by the American Freedom Defense Initiative.

Major Jewish organizations participating include Rabbis for Human Rights-North America, the Reconstructionist Rabbinical College and the Union for Reform Judaism.

The Washington Metropolitan Area Transit Authority had sought to delay posting the four ads, calling for a one-month cooling-off period following the worldwide violence that followed the showing of the film “Innocence of Muslims.”

However, a U.S. District Court Judge in Washington cited the First Amendment’s right to free speech in denying Metro’s request.