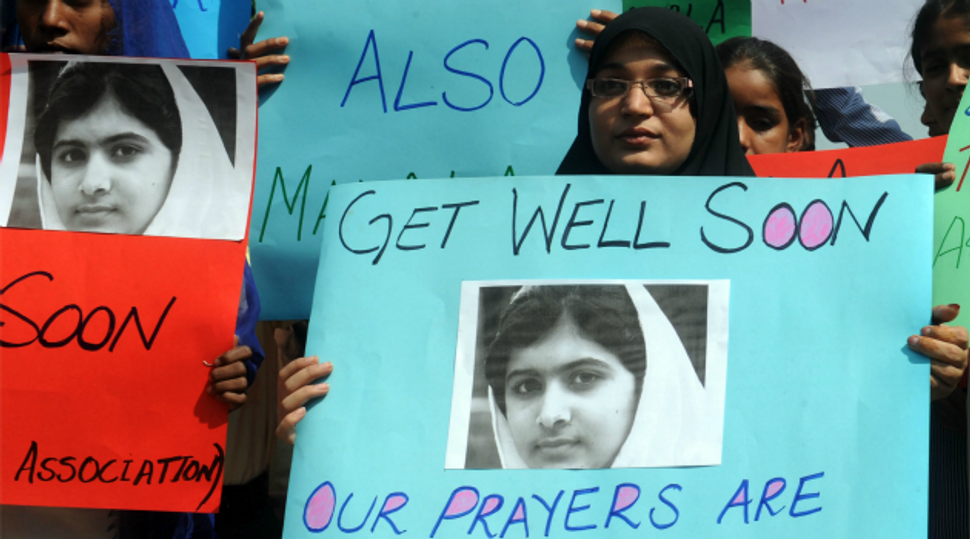 ADL National Director Abraham Foxman dedicated Monday night’s 18th annual Concert Against Hate at the Kennedy Center in Washington to Malala Yousafzai, who spoke out for education for females.

Foxman led an audience of 2,300 in silent prayer for the teen’s recovery. Yousafzai was flown to Birmingham, England, for more medical care.

“Malala Yousafzai was courageous in her determination to stand up to the forces of evil and extremism, and to speak clearly for her conviction that women deserve better from a society and a system that has failed them in Pakistan,” Foxman said.

The concert featured music by the National Symphony Orchestra and testimonials about extraordinary acts of courage.

Also honored were Irene Fogel Weiss, a Holocaust victim and Auschwitz survivor; Joan Trumpauer Mulholland, a Freedom Rider and civil rights icon; the late Officer Moira Ann Smith, who saved hundreds of people at the World Trade Center; and Amardeep Singh Kaleka, the son of a victim of the Wisconsin Sikh Temple shooting in August.