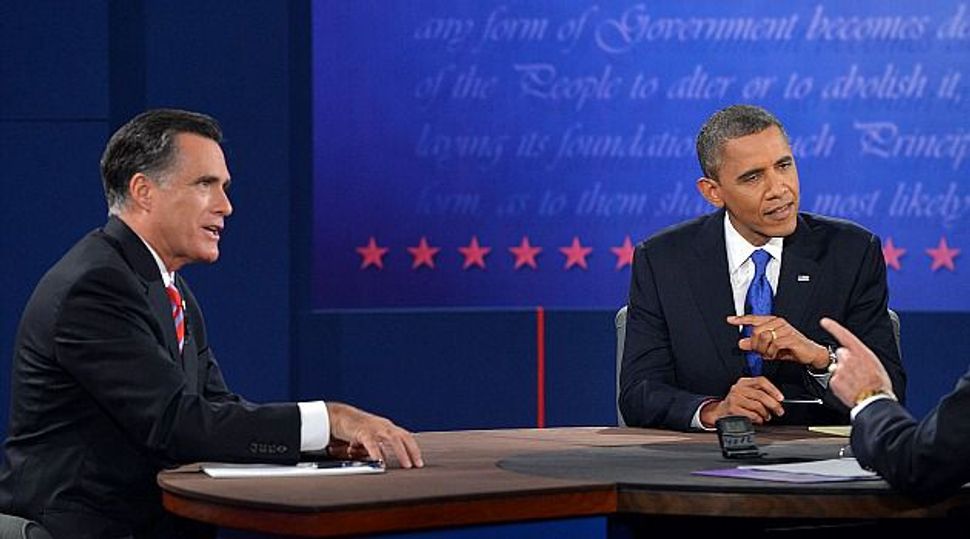 President Barack Obama aggressively attacked Republican challenger Mitt Romney on foreign policy on Monday in their third and final debate in an effort to blunt his opponent’s surge in the polls with two weeks left until Election Day.

The high-stakes debate strayed repeatedly into domestic policy, with Romney seeking to bolster his argument that Obama had bungled the U.S. economic recovery with high unemployment and rising debt.

Neither man threw a knock-out punch or made a noticeable gaffe in the 90-minute encounter at Lynn University in Boca Raton.

With one last chance for the candidates to appeal to millions of voters watching on television, Obama was the aggressor from the start.

He criticized the Republican for lacking ideas on the Middle East, mocked his calls for more ships in the U.S. military and accused Romney of wanting to bring the United States back to a long-abandoned Cold War stance.

Obama had a biting response when Romney said he would increase the number of ships built by the U.S. Navy, saying the United States should typically have 300 and only had 285.

Obama also said the Republican presidential candidate, by once declaring Russia a “geopolitical foe” of the United States, was seeking to turn back the clock.

“The Cold War has been over for 20 years,” Obama said, turning to Romney as they sat at a table before moderator Bob Schieffer. “When it comes to your foreign policy, you seem to want to import the foreign policies of the 1980s.”

Romney, wanting to make no mistakes that could blunt his recent rise in the polls, said Obama’s policies toward the Middle East and North Africa were not stopping a resurgence of the threat from al Qaeda in the region.

The former Massachusetts governor, whose central theme throughout the campaign has been a promise to rebuild the weak U.S. economy, frequently turned the discussion back to economic matters, saying U.S. national security depended on a strong economy.