60 Rockets Rain Down on Southern Israel 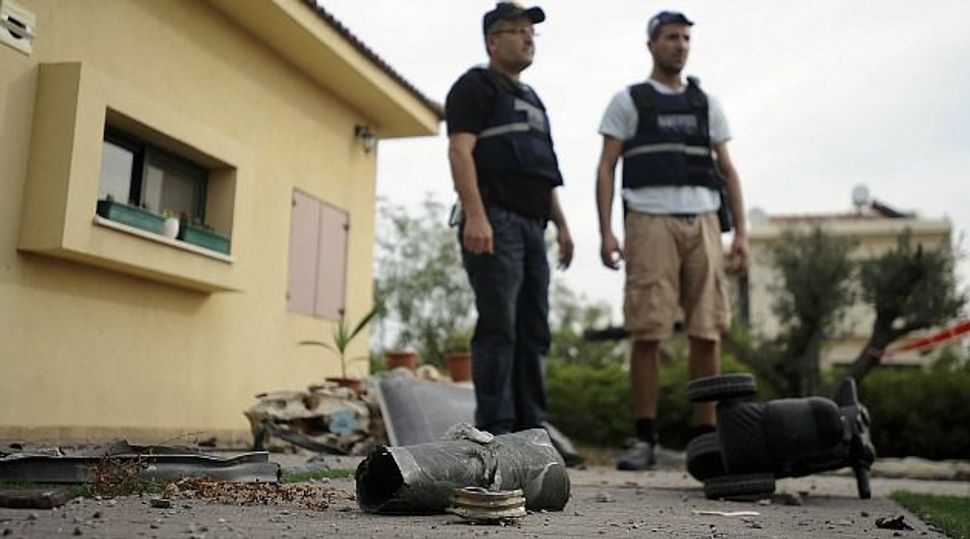 More than 60 rockets and mortar shells fired from Gaza have hit southern Israel in the last 24 hours, striking several homes and injuring three.

Four Palestinians have been killed in Israeli strikes on Gaza sites that the military says are used for launching rockets at Israel. The Palestinian Ma’an news agency has identified the dead as members of terrorist organizations.

Between late Tuesday night and late Wednesday morning Israel Air Force planes hit four of what the Israel Defense Forces said were rocket launching sites, as well as a tunnel used for smuggling terrorists into Israel, according to statements issued from the IDF.

The rockets and mortar shells began falling on southern Israeli communities late Tuesday night and have continued through the day Wednesday.

The explosives have scored direct hits on at least five private homes; three Thai workers also were injured, two of them seriously,

Schools have been closed in much of southern Israel, with the Home Front Command telling residents living within 10 miles of Gaza to remain near bomb shelters.

In two separate radio interviews, Defense Minister Ehud Barak did not rule out sending tanks and troops into Gaza to quell the attacks.

“If we have no choice and the fire will continue, then they clearly will be hit harder and nothing is out of the question,” Barak told Army Radio.

In an interview with Israel Radio, Barak said: “If we need a ground operation there will be a ground operation. We will do whatever necessary to stop this.” Hamas’ military wing, the Al-Qassam brigades, and the Popular Resistance Committees have both claimed responsibility for the rockets.

The escalation on Israel’s southern border came after a border attack on an Israeli patrol near the security fence with Gaza Tuesday morning left a soldier from the Givati Brigade with a serious injury. It is being reported in the Israeli media that Cpt. Ziv Shilon has lost the palm of his hand, or alternatively one arm. He remains in serious condition at the Soroka Medical Center in Beersheba.

60 Rockets Rain Down on Southern Israel