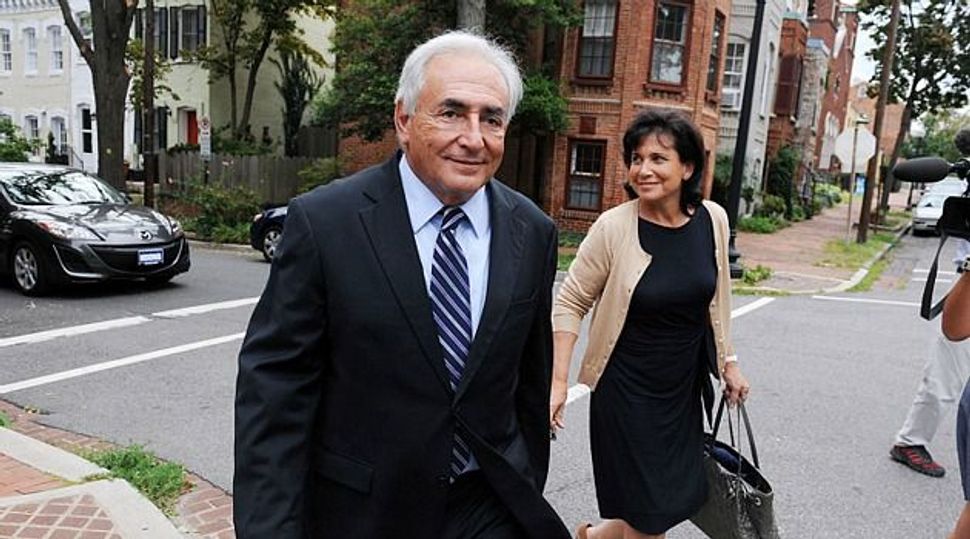 He?s Back: Dominique Strauss-Kahn is hoping to ride the speaking circuit to a comeback from sex charges. Image by getty images

Dominique Strauss-Kahn, the former IMF chief whose French presidential ambitions were shattered by a sex scandal last year, is making a comeback in business and at conferences.

The 63-year-old Strauss-Kahn was accused of trying to rape a New York hotel maid in May 2011. He protested his innocence and criminal charges against him were dropped, though civil proceedings by the woman are still pending.

Now he is promoting himself as a consultant and guest speaker at far-flung points on the world’s conference circuit, where participants can demand $100,000 or more to talk for an hour, and five times that sum for star performers such as former U.S. President Bill Clinton.

While Strauss-Kahn’s itinerary for now will keep him at some distance from the financial capitals he used to frequent, experts say his economic policy experience and a contact book that many heads of state would envy will stand him in good stead.

“He has the potential to be enormously successful,” says Roy Cohen, a New York-based career coach and author of “The Wall Street Professional’s Survival Guide”.

“He needs to be test-driven first … If he is able to prove that his intervention and the consultancy advisory work he is doing is powerful and effective, he’s going to generate interest.”

Strauss-Kahn has been little seen in public in his native France, where until recently media have been portraying him as a shunned and lonely man. Yet in the past year he has delivered keynote speeches at conferences in China, Ukraine, Morocco and South Korea.

He was warmly applauded when he spoke about global economic prospects to hundreds of students and executives in Morocco in September, at an event where his hosts at a private university introduced him not with his grandest former title but simply as Professor Strauss-Kahn, the economist.

He is scheduled to make a second appearance in Morocco at an Arab banking congress in Casablanca in mid-November. Organisers of the meeting declined to comment when contacted by Reuters, as did others hosting conferences Strauss-Kahn is due to attend.

His come-back plan took another step forward last month when he lodged the founding statutes of a consultancy firm, called Parnasse, at the commercial court in Paris.

On top of conference work, public speaking and consulting, Parnasse’s statutes show his ambitions stretch to finance, real estate and political services in France and abroad.

Strauss-Kahn this month also gave a rare magazine interview to France’s “Le Point”, which photographed him relaxing at his new apartment in Paris’s Montparnasse district with a tablet computer in his hand.

It was a stark contrast to the image the world watched on TV in May 2011, as he trudged handcuffed and haggard to a U.S. courthouse to be jailed briefly on criminal charges, later dropped, of trying to rape hotel maid Nafissatou Diallo.

But the potential pitfalls that lie ahead were illustrated in March when police had to bundle him into a getaway car as protesting students clashed with security guards after he gave a speech on the world economy at Britain’s Cambridge University.

The case will hang over for him for some time yet; though New York prosecutors dropped the charges on the grounds that Diallo was not a reliable witness, the date of her civil suit has yet to be determined.

And in France, a court will rule on Nov. 28 whether to pursue a judicial investigation into a prostitution ring in which he was allegedly involved. He says he has done nothing illegal and is being pursued because of his libertine lifestyle.

Yet if Strauss-Kahn can put those cases behind him, Cohen said time would work in his favour and pointed to other big names on the conference circuit who overcame image problems.

Clinton, who survived sex scandals and an impeachment trial in the late 1990s, now makes millions of dollars a year attending high-profile events.

According to financial declarations his wife Hillary Clinton makes as U.S. Secretary of State, Clinton charged $750,000 for addressing a telecoms event in Hong Kong, and $500,000 for his presence at an Abu Dhabi conference on environmental data.

Sylvie Audibert, a Paris-based consultant who coaches corporate executives on topics from stress management to life-makeover decisions, said Europe’s economic crisis could give Strauss-Kahn a perfect forum to use his talents.

He recently floated an idea under which Germany and France, which are enjoying low borrowing costs as investors see their debt as safe, devote some of their savings to helping weaker countries in the euro zone.

The idea has generated little visible interest, apart from a blog mention by former Irish Prime Minister John Bruton. Greek government sources have also quashed rumours that he is advising Athens over their debt troubles.

But Audibert said that like others who have held frontline posts in politics and global economic management, Strauss-Kahn may still harbour hopes of one day taking up a public policy role, perhaps at European level.

“We’re talking about people with very big egos and very big ambitions,” Audibert said. “I am not convinced his ultimate goal is to remain the adviser in the shadows.”

Strauss-Kahn himself hinted at his longer-term ambitions in his interview with Le Point.

“I sense a possibility of investing myself in big international projects … For the moment, my situation stands in the way.”