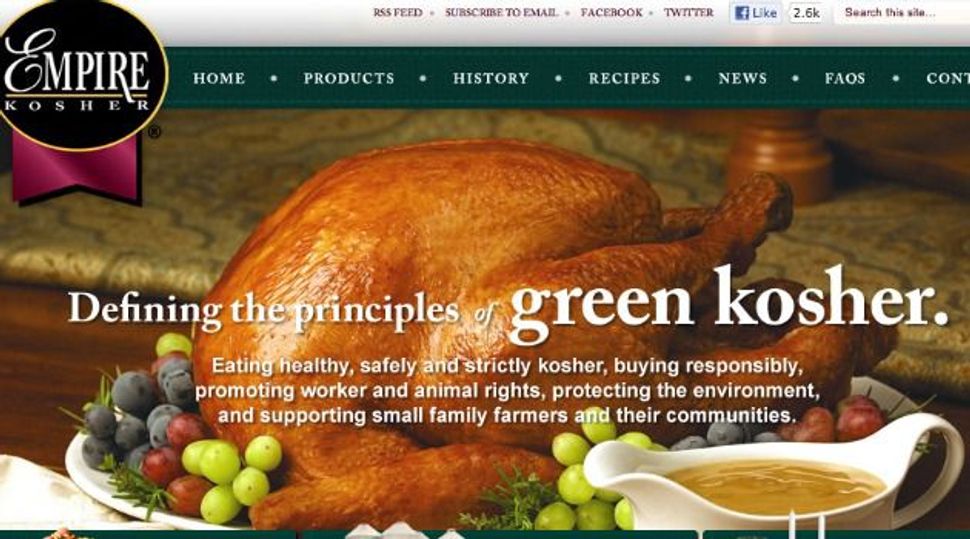 Greg Rosenbaum learned Oct. 10 that he was out at Empire, the leading supplier of kosher poultry in the United States, the Washington Jewish Week reported Wednesday. The company, based in Mifflintown, Pa., went from near collapse to prosperity and expansion about a year after Rosenbaum arrived there in 2006, the newspaper reported.

Rosenbaum told the newspaper that he was fired because of a “disagreement between himself and the partners of Empire Kosher on the strategy and direction for the company.” The problems began, he said, after the partners vetoed a complex acquisition deal that he had been negotiating since the spring with MVP Kosher Foods, the country’s second largest supplier of kosher poultry.

MVP Kosher’s Mark Honigsfeld told the Washington Jewish Week that he had approached Rosenbaum in May and that negotiations were taking place with the knowledge of both companies’ board of directors. In preparation for the acquisition, Honigsfeld said his company turned over to Empire its farming relationships, inventories, birds and customers. In July, MVP closed its plant in Birdsboro, Pa.

But on Oct. 12, Honigsfeld said he was told that Rosenbaum no longer worked for Empire and that there would be no acquisition.

“Everything was orchestrated and arranged as if there had been a deal in place. The only thing that didn’t happen was for money to change hands,” Honigsfeld told the newspaper.

He added, “They left us with a technically bankrupt company.”

In a statement released to the Washington Jewish Week, Empire said it does not comment on business negotiations or transactions. Yet it referred to the claims against it as “baseless allegations” and that “we are confident that we acted properly and in good faith.”

Jeff Brown, the former chief operating officer, was promoted by Empire’s board to be the company’s new president.