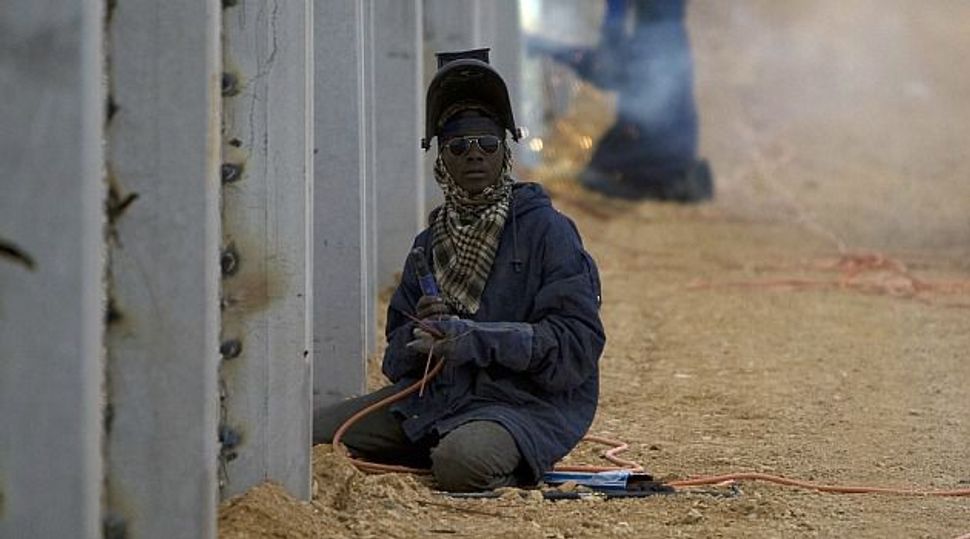 Israeli Interior Minister Eli Yishai has asked the country’s prime minister and justice minister to order the detention of migrants from Sudan.

Yishai made the request in a letter to Prime Minister Benjamin Netanyahu on Oct. 28, despite the fact that Israel’s state prosecutor said in a court filing last week that the government has not approved a plan to arrest Sudanese asylum seekers, rejecting a petition by Israeli human rights organizations to prevent its implementation.

Yishai had announced in August that all Sudanese asylum seekers would be arrested and detained if they did not leave Israel by Oct. 15. The Jerusalem District Court earlier this month issued an injunction against the plan until a hearing is held on the issue.

“Reality and the scope of the problem necessitate the ability to use detention facilities, which were not constructed and budgeted in vain. We did not construct ghost towns, but rather facilities for holding illegal migrants before they are expelled from Israel,” Yishai said in his letter, according to Haaretz.

“My hands are tied as a result of rulings by various jurists who are not attuned to the distress of the citizens of Israel,” he wrote.

Migrants cannot be returned to Sudan, which is classified as an enemy state. Sudanese are not permitted by their government to travel to Israel, according to Haaretz.

On Monday, Yishai told a conference at Tel Aviv University’s Institute for National Security Studies that putting the African migrants into Israeli detention facilities will make them want to leave the country.

“With God’s help, it will be possible to continue this national mission and return every last infiltrator and migrant worker to their own countries,” Yishai said.