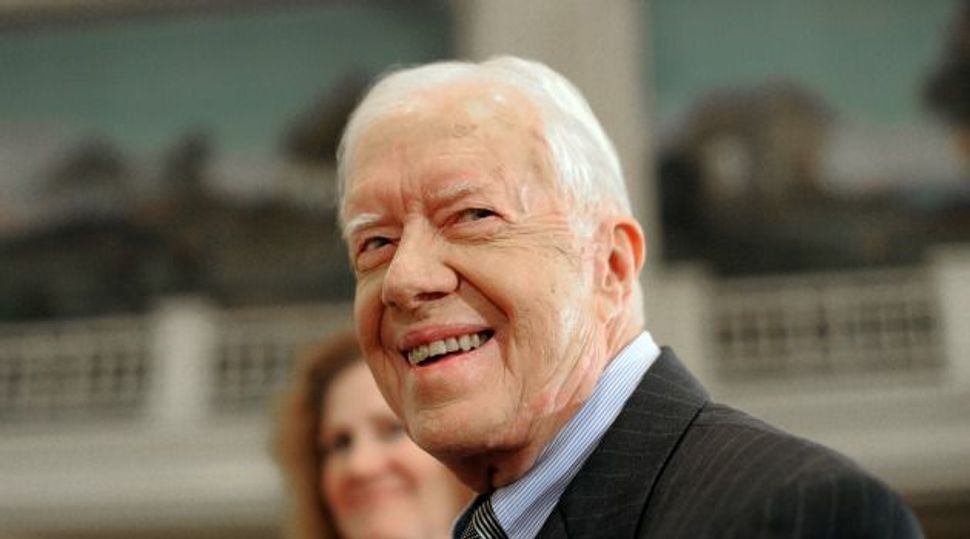 Former President Jimmy Carter commended a letter from Christian leaders to Congress calling for an investigation of Israel for human rights violations that could lead to a suspension of military aid.

“Like these church leaders, The Carter Center has long been concerned about Israel’s disregard for stated U.S. policy,” said a statement issued Wednesday from the human rights group named for and headed by Carter. “This is demonstrated by an unprecedented massive increase in encroachment on occupied Palestinian territory, with illegal settlement expansion during recent years.”

“This is precluding the possibility of a two-state solution and endangers a peaceful future for both Israelis and Palestinians,” Carter said in the statement.

Jewish groups in mid-October pulled out of an interfaith dialogue after 15 leaders from mainline churches sent the letter to Congress, with no advance notice to their Jewish interlocutors.