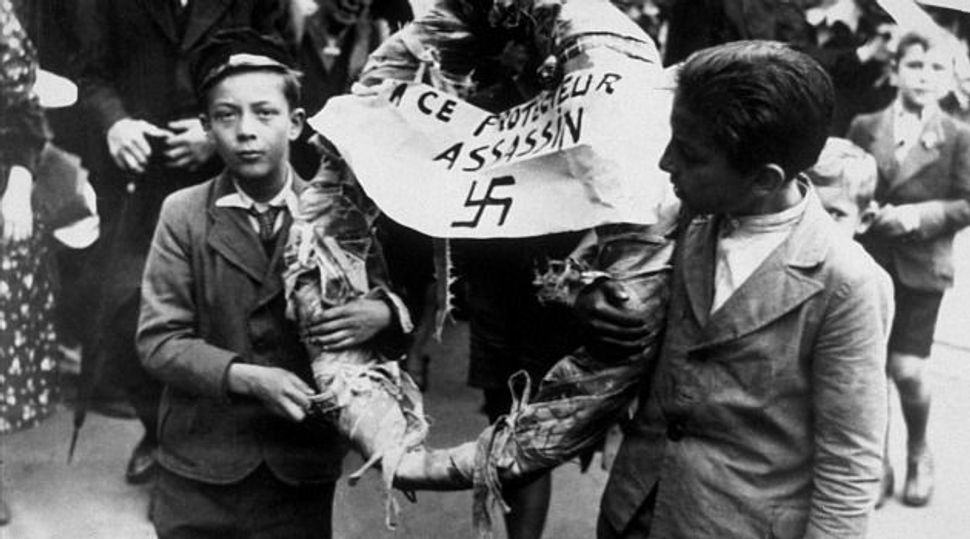 The sister of a Belgian Nazi leader hid three Jews in her home near Brussels during the Holocaust, according to one of the survivors.

Hanna Nadel, now 86, said she, her mother and her niece were rescued by M. Cornet, the sister of Leon Degrelle, who, as leader of the Belgian Nazi Rexen movement, was responsible for deporting Jews to their deaths during the German occupation of Belgium.

The three, having escaped deportation orders, wandered with their suitcases around the town of Sint-Genesius Rode, where they happened upon a help-wanted sign on Cornet’s door.

The mother rang the doorbell and Cornet, without asking many question, hired the mother as cook and Nadel and her niece to work as chambermaids.

Cornet knew the three women were Jewish and promised them they would survive. Visitors associated with the Flemish Nazi movement would routinely dine at the house , while the three Jewish women hid in the basement.

Nadel’s mother would sometimes cook gefiltefish, which the lady of the house advertised to her guests as “oriental fish”, Nadel recalled.

Nadel immigrated to Israel after the war. Leon Degrelle left to Spain, where he died of old age in 1994, escaping the death sentences that his Nazi associates received back home.