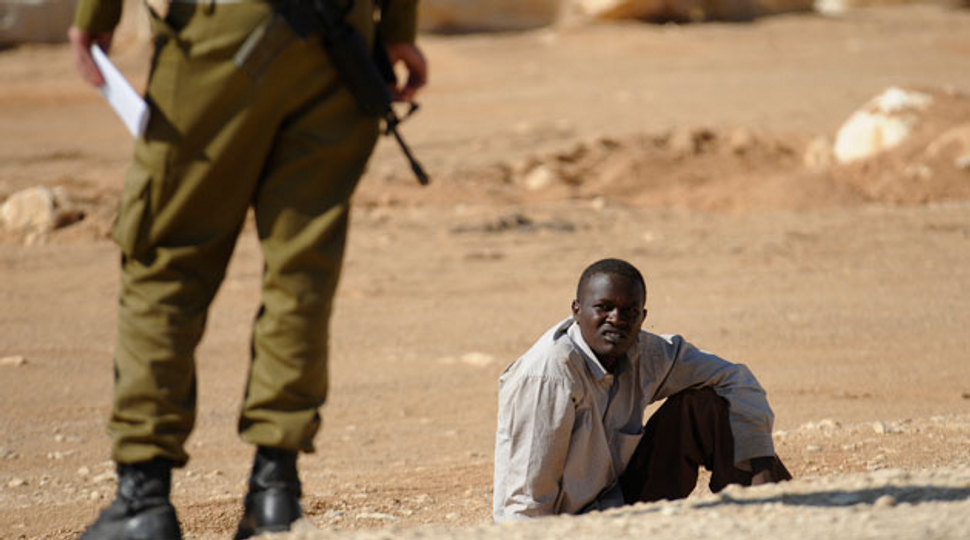 Israel has stopped the unapproved influx of African migrants across its border with Egypt, Prime Minister Benjamin Netanyahu said on Sunday after months of intensive counter-measures on the once porous desert frontier.

More than 60,000 African migrants have walked into the Jewish state in recent years, some seeking work and others refuge. They have stirred fear for public order and demographics and prompted the government to build a fortified and closely patrolled fence between Israel and the Egyptian Sinai.

Netanyahu told his cabinet on Sunday that 54 migrants crossed the border in October and were all taken into custody – a steep decline from the some 2,000 migrants who came through monthly in mid-2012, many of them settling in Israeli cities.

“Given this figure, we can say explicitly that we have halted the infiltration. And now we have to focus on removing or returning those infiltrators who are already in the territory of Israel to their countries of origin,” the conservative premier said.

Israel considers the vast majority of the migrants to be illegal job-seekers, and in June launched a deportation drive against a few thousand from South Sudan and Ivory Coast. That campaign was fuelled by a spree of anti-African street violence.

The bulk of the migrants are from Sudan or Eritrea, and Israel’s ability to expel them is limited. The former country is a Muslim state with no ties to Israel and the latter is deemed a danger zone by humanitarian agencies.

Such agencies say many of the African migrants should be considered for asylum, and some Israelis have been troubled that their country, founded by war refugees and immigrants, should be packing off foreigners en masse.

srael was holding around 2,500 migrants caught at the Egyptian border or rounded up by city police in two desert stockades, an Israeli official told Reuters, adding that the relatively low number reflected the fact that “there has not yet been any major deportation campaign”.

William Tall, the U.N. High Commissioner for Refugees representative in Israel, saw in the Netanyahu government’s inaction against the Sudanese and Eritreans a de facto immunity.

“I think we all understand that if the government was capable of deporting them, it would have moved to do so long ago,” Tall said.

He agreed that migration across the Israel-Egypt border had dropped off “dramatically”, suggesting that among disincentives had been Cairo’s recent military mobilisation against jihadi groups in the Sinai.