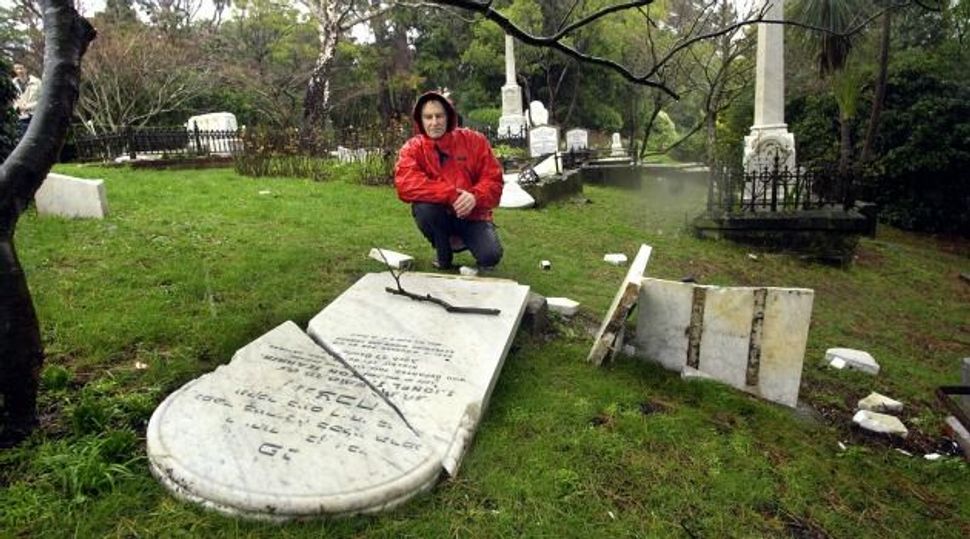 Police in New Zealand say charges will be dropped against one of the three men arrested in last month’s attack on an historic Jewish cemetery.

Auckland police released a short statement Monday, saying the charge of willful damage against 23-year-old Nathan Symington will be withdrawn as there was “insufficient evidence to carry a robust prosecution.”

More than 20 headstones at the Jewish cemetery in Auckland were vandalized with anti-Semitic and anti-Israel graffiti, many with swastikas and some with the numbers “88” – code for “Heil Hitler.”

Symington had told the Auckland District Court he was innocent, his only connection being a photo of the vandalism sent to him by a friend and which he later posted on Facebook.

“I feel like killing myself over this,” he said at the time. “My name’s been shamed.”

But police said they will continue their case against the other two defendants, whose names have been suppressed. The two men, ages 19 and 20, are expected to appear in court on Nov. 13.

Under bail conditions, they are banned from associating with each other and prohibited from visiting any cemetery, synagogue or Jewish school.