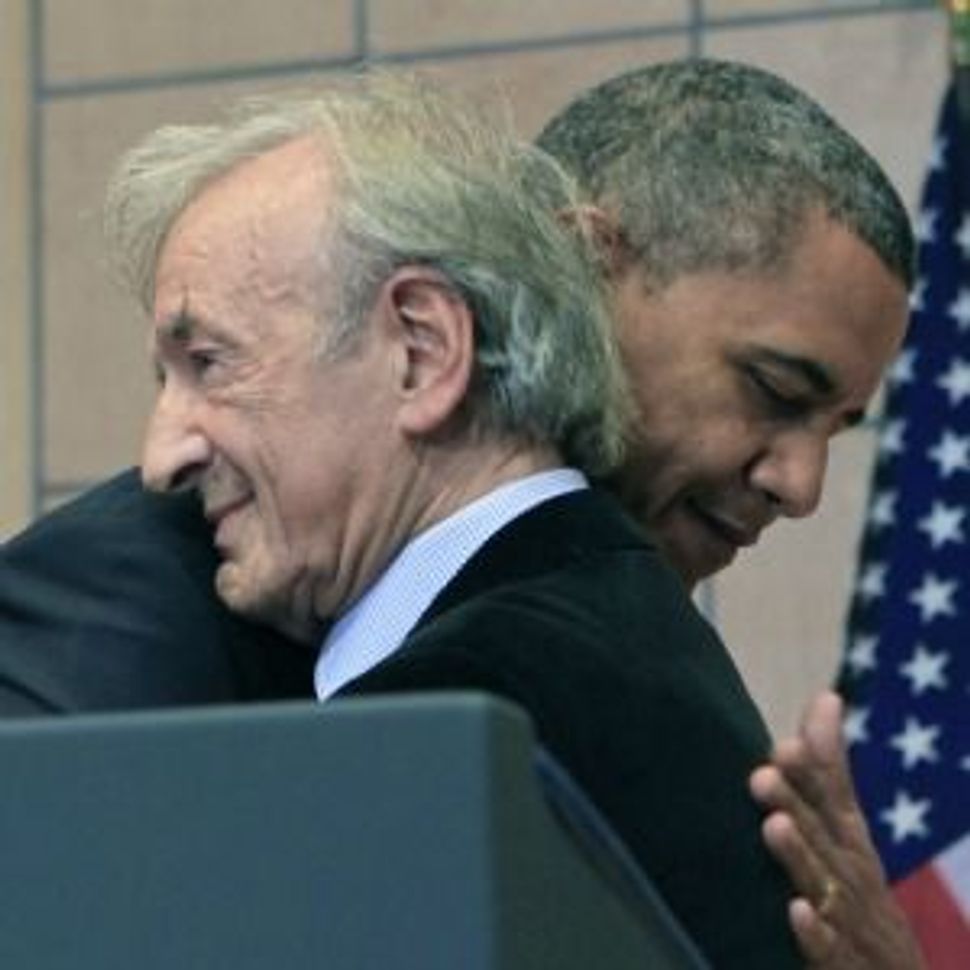 Elie Wiesel and President Obama are writing a book together, the Holocaust survivor and author told an Israeli newspaper. 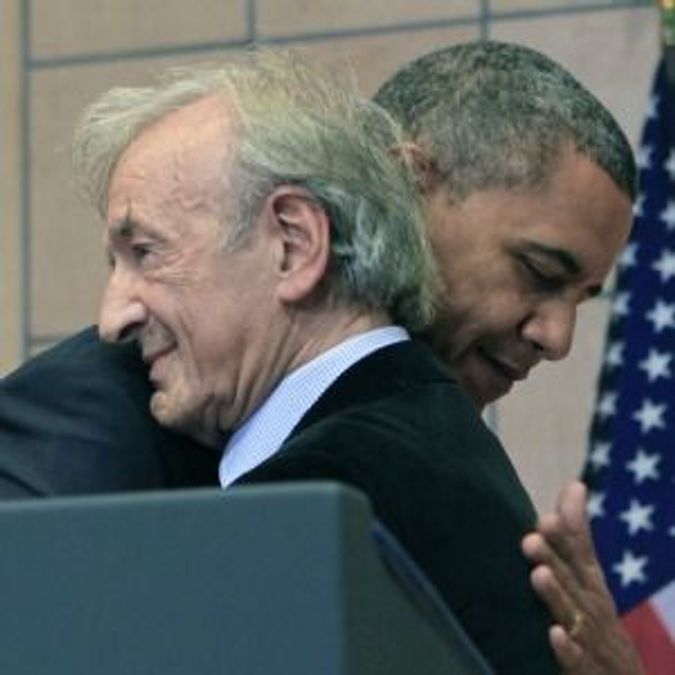 The book, which the two men will resume writing after Tuesday’s presidential election, is “a book of two friends,” Wiesel, a Nobel laureate, told Haaretz.

Haaretz reported that Wiesel and Obama became friends in 2009 when Wiesel joined Obama on a visit to the site of the Buchenwald concentration camp, where Wiesel was interned at the end of World War II following a death march from Auschwitz.

“We talk about philosophy, contemplation, thought, but never about politics. He is a thinking person, a person with depth and intellectual curiosity,” Wiesel said about the dinners that the two occasionally have together.

Wiesel and Obama first met when Wiesel lectured at California’s Occidental College, where Obama was a student.

“Your lecture has stayed with me to this day,” the president told Wiesel years later, Wiesel told Haaretz. “When I heard that, my pulse went up. I told myself that I have to be careful because I can never know whether anyone in the audience will be a future president.”