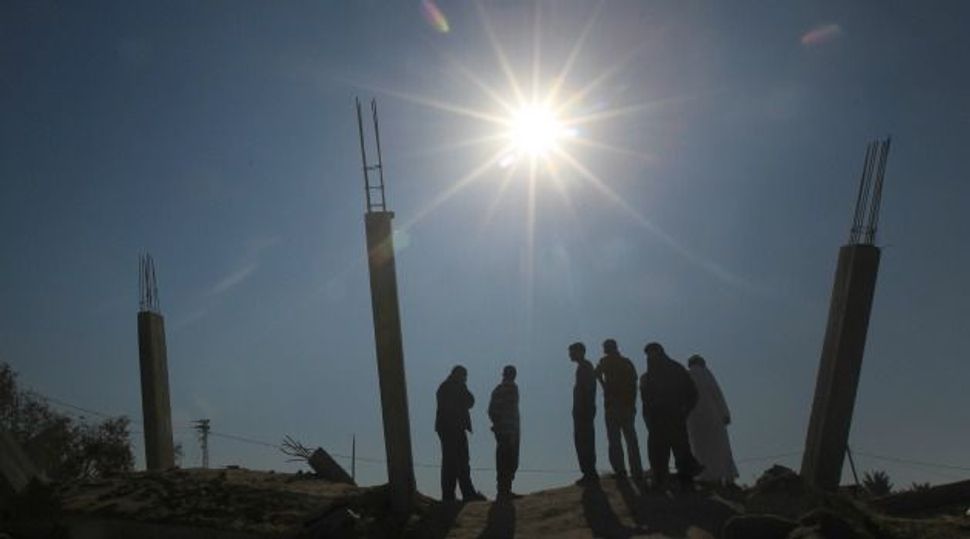 At least 50 rockets fired from Gaza have struck Israel since Saturday night, according to the military and Israeli news reports. A factory in Sderot sustained a direct hit Sunday morning and several buildings and two cars in the Sha’ar Hanegev municipality were also damaged in attacks. At least three Israelis have been wounded.

The terrorist group Islamic Jihad has claimed responsibility for the bombardment. The Palestinian Maan news agency reported that Islamic Jihad said it shot more than 70 rockets at Israel between Saturday night and Sunday morning.

Maan reported that at least six Palestinians have been killed in Israeli retaliation on what the Israel Defense Forces said were weapon manufacturing facilities, weapon storage facilities and rocket launching sites.

The Iron Dome anti-missile system intercepted a rocket heading for the major Israeli city of Ashdod on Saturday.

Schools throughout southern Israel were closed on Sunday.

“The IDF is striking and will continue to strike Gaza. Terrorist organizations are suffering grave setbacks at the hands of the IDF. The world must understand that Israel will not sit with its hands crossed,” Israel’s Prime Minister Benjamin Netanyahu said Sunday at the start of the weekly Cabinet meeting.

On Saturday, four Israeli soldiers were injured when an anti-tank missile hit on IDF jeep patrolling the security fence in the northern Gaza Strip.