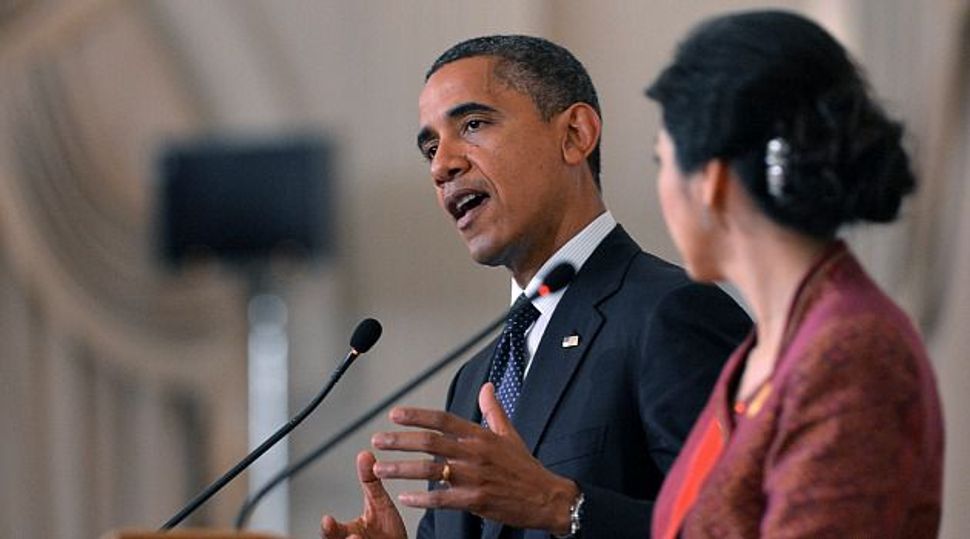 President Barack Obama insisted on Sunday that Israel had a right to defend itself but said it would be “preferable” to avoid an Israeli ground offensive in Gaza.

He said persuading Israel not to attack would depend on the success of efforts by Middle East leaders to bring a halt to Hamas rocket fire into Israel.

“There’s no country on earth that would tolerate missiles raining down on its citizens from outside its borders,” Obama told a news conference during a visit to Thailand. “We are fully supportive of Israel’s right to defend itself.”

Israeli forces struck Gaza militants for a fifth straight day on Sunday and its military prepared for a possible ground invasion, although Egypt, which is trying to mediate, held out hopes that a ceasefire could be reached.

Asked whether he believed an Israeli ground invasion would be an escalation of the conflict and if he would support such a move anyway, Obama said he had been in regular contact with Egyptian and Turkish leaders to secure their help in stopping Hamas’s rocket barrages, which he called the “precipitating event” in the conflict.

“My message to all of them was Israel has every right to expect that it does not have missiles fired into its territory,” Obama said in his first public comments on the Gaza crisis.

“If this can be accomplished without a ramping up of military activity in Gaza, that is preferable, that’s not just preferable for the people of Gaza, it’s also preferable for Israelis because if Israeli troops are in Gaza they’re much more at risk of incurring fatalities or being wounded,” he said.