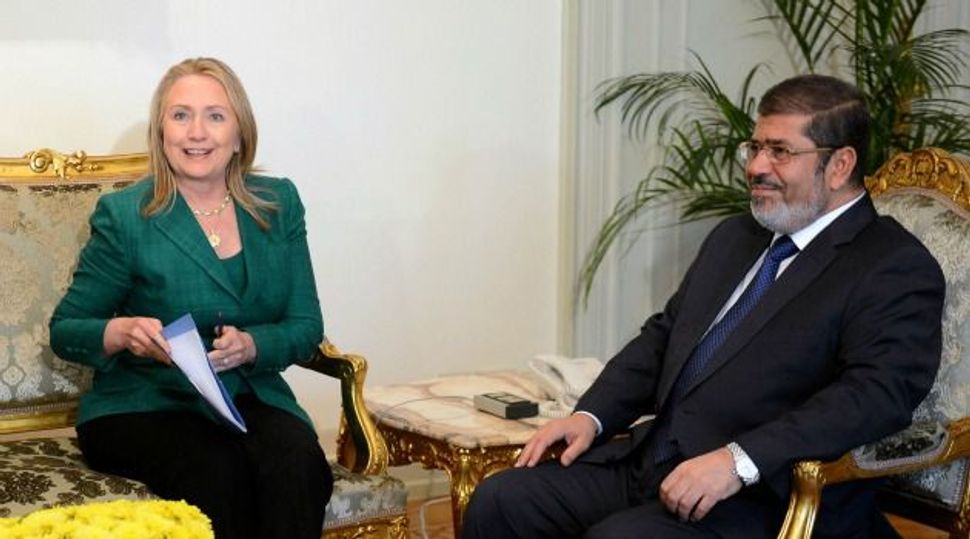 Quest for Peace: Hillary Clinton meets Egypt?s premier Mohammed Morsi as the quest for a ceasefire in Gaza continues. Image by getty images

Clinton travelled from Israel where she had met Prime Minister Benjamin Netanyahu. On Tuesday night she pledged to work for a truce “in the days ahead”.

Negotiations between the Palestinians and Israel, mediated by Egypt, have dragged on and there has been no let up in the violence.

The talks were attended by Egypt’s Foreign Minister Mohamed Kamel Amr and the U.S. ambassador, the news agency reported.