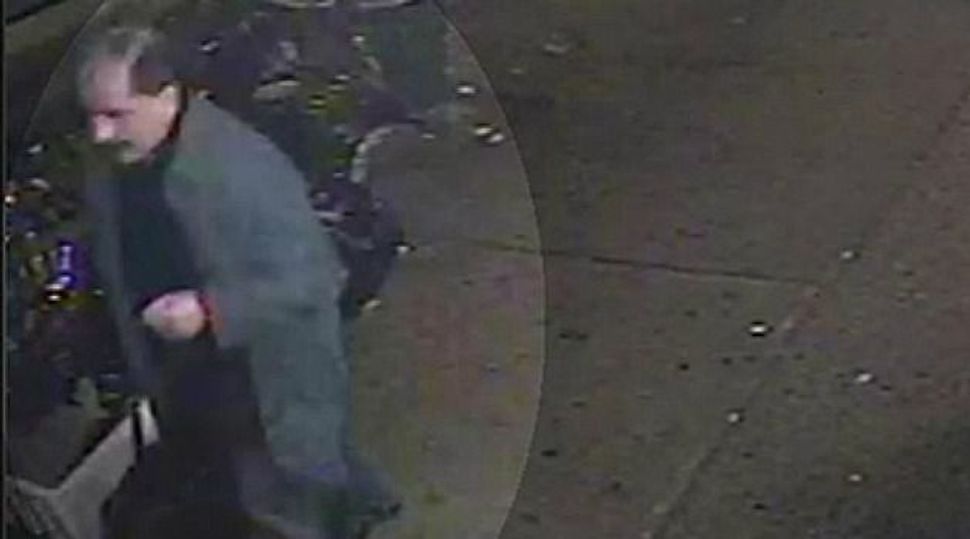 Salvatore Perrone, 63, was arrested after being recognized on Tuesday by someone at a pharmacy in Brooklyn, Kelly said. Police had circulated a photo of the suspect, balding with a mustache, that was captured on a security camera near the latest killing on Nov. 16.

Police said a .22 caliber rifle was recovered in a duffel bag belonging to Perrone at his girlfriend’s apartment, and ballistic tests found that shell casings retrieved from the three crime scenes were fired from the same rifle.

Perrone’s fingerprint was found on the weapon, and he made statements implicating himself, police said.

The killings began on July 6 when Mohamed Gebeli, 65, was shot in his clothing store, Valentino Fashion, in Bay Ridge, Brooklyn. On Aug. 2, Isaac Kadare, 59, was killed in his Bensonhurst, Queens, Amazing 99 Cent Deals store. Last Friday, Rahmatollah Vahidipour, 78, was gunned downed in the She She Boutique in Brooklyn.

Police officials have noted all three victims were older men of Middle Eastern descent and each had shop addresses that contained the number “8” – which led one New York tabloid to dub the suspect the “Crazy 8 Killer.”

Perrone is an independent seller of men’s and women’s apparel who often called on small merchants in Brooklyn, police said. Several store proprietors called police after Perrone’s photo was circulated to say they recognized him as a salesman who periodically visited their stores.

Perrone, who is divorced, lives in the city’s Staten Island borough but also has lived on and off over several years with a girlfriend in Brooklyn.

Investigators said they have yet to determine a clear motive for the attacks, which all occurred near closing time when the victims were alone in their shops.

On Tuesday, Kelly said the heads of all the victims “were covered by either cardboard or clothing” when they were discovered.

Police said Perrone’s duffel bag contained the carbine with a sawed-off stock and a combination laser/flashlight attached to its barrel with duct tape. It also held ammunition, a 12-inch kitchen knife with dried blood on it and two folding knives with seven-inch (17.8-cm) blades, they said.

The case prompted New York Police Department officials on Monday to call on the expertise of criminal profilers from the Federal Bureau of Investigation’s Behavioral Analysis Unit, an FBI spokesman said.