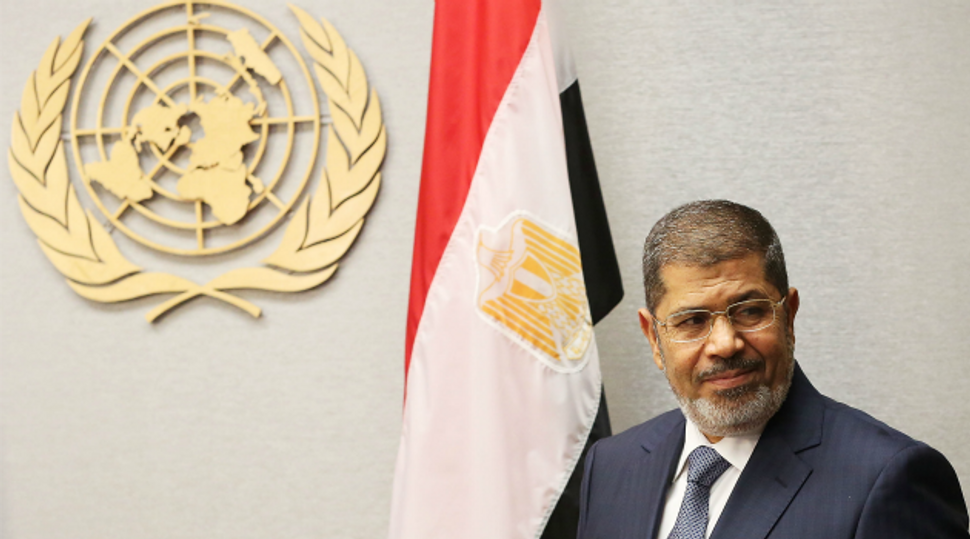 Mursi on Thursday issued a decree that puts his decisions above legal challenge until a new parliament is elected, causing angry protests by his opponents and violent clashes in central Cairo and other cities on Friday.

Mursi’s aides said the decree was intended to speed up a protracted transition that has been hindered by legal obstacles, but rivals condemned Mursi as an autocratic “pharaoh” who wanted to impose his Islamist vision on Egypt.

U.S. Secretary of State Hillary Clinton met Mursi in Cairo on Wednesday and thanked him for his mediation efforts to establish a ceasefire between Israel and the Islamist Hamas movement ruling the Gaza Strip.

“The decisions and declarations announced on November 22 raise concerns for many Egyptians and for the international community,” State Department spokeswoman Victoria Nuland said in a statement.

“The current constitutional vacuum in Egypt can only be resolved by the adoption of a constitution that includes checks and balances, and respects fundamental freedoms, individual rights, and the rule of law consistent with Egypt’s international commitments.

“We call for calm and encourage all parties to work together and call for all Egyptians to resolve their differences over these important issues peacefully and through democratic dialogue.”

Egyptian police on Friday fired teargas near Cairo’s Tahrir Square, the heart of the 2011 uprising that toppled former President Hosni Mubarak. Thousands demanded Mursi quit and accused him of launching a “coup”. There were also violent protests in Alexandria, Port Said and Suez.

Mubarak was an ally of the United States for decades. His downfall has thrown into doubt the United States’ long-standing reliance on Egypt, the first Arab state to make peace with Israel, as a strategic partner in the region.

Clinton said on Wednesday: “Egypt’s new government is assuming the responsibility and leadership that has long made this country a cornerstone for regional stability and peace.”