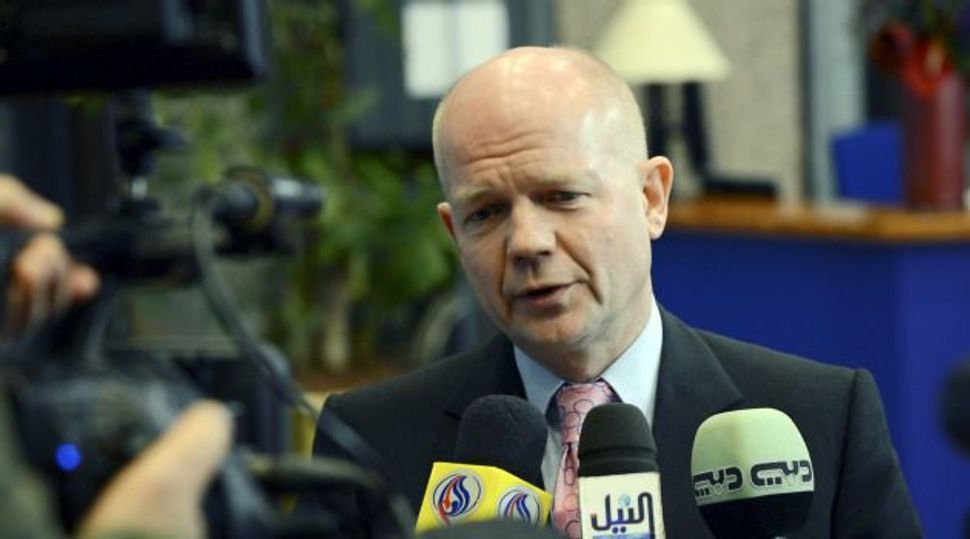 More Support: British Foreign Secretary William Hague says Britain may support the Palestinian push for an upgrade of its status at the United Nations. Image by getty images

Britain said on Wednesday it would support a Palestinian bid for a diplomatic upgrade at the United Nations if it were assured that the Palestinians would return to peace talks and would not pursue Israel through the International Criminal Court.

The United Nations is due to hold a vote on Thursday on an upgrade of Palestinian status at the 193-member body to observer state from observer entity.

Acceptance of the Palestinians as a non-member state, similar to the Vatican’s U.N. status, would implicitly recognise Palestinian statehood.

The change would also allow the Palestinian territories to access bodies like the International Criminal Court, which prosecutes people for genocide, war crimes and other human rights violations.

“There is no question of the United Kingdom voting against the resolution. In order to vote for it we would need certain assurances or amendments,” Foreign Seretary William Hague told parliament.

“The first is that the Palestinian Authority should indicate a clear commitment to return immediately to negotiations (on a two-state solution) without preconditions,” he said.

“The second assurance relates to membership of other specialised UN agencies and action in the International Criminal Court,” he added.

Hague said he had explained to Palestinian President Mahmoud Abbas that Britain would abstain in the vote if it did not receive those assurances.

Switzerland and Denmark on Wednesday joined a growing list of European countries that back an upgrade for Palestinians to non-member status at the United Nations.

However, Germany said would not back the Palestinian bid.