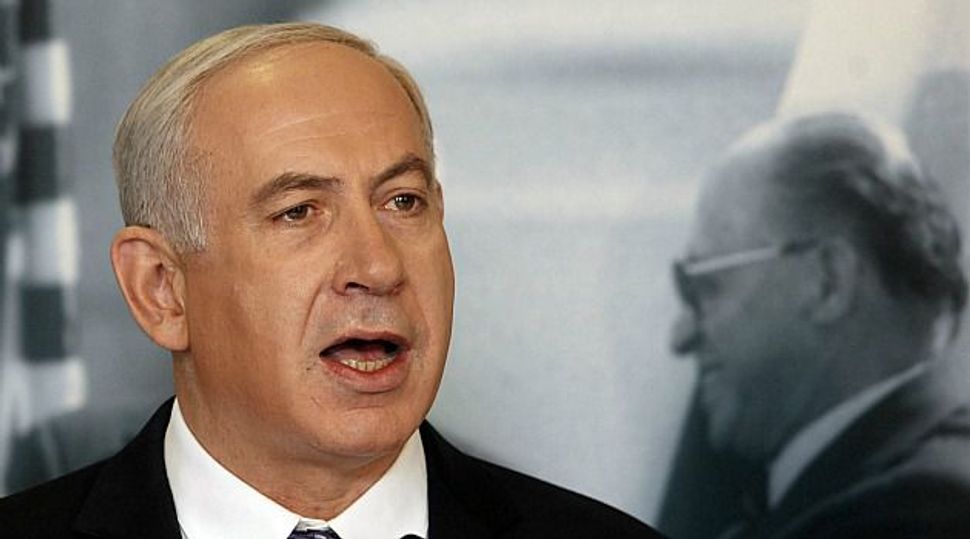 A U.N. General Assembly vote on Thursday recognising a Palestinian state will do nothing to make it a reality in practice, Israeli Prime Minister Benjamin Netanyahu said, “no matter how many hands are raised against us”.

Despite its fierce opposition to the Palestinian bid to become a “non-member state” at the United Nations, Israel seems unwilling to show itself diplomatically isolated and has toned down threats of retaliation in the face of wide international support for the initiative, notably among its European allies.

“The decision at the United Nations will change nothing on the ground,” Netanyahu said during a visit to a museum in Jerusalem. “It will not advance the establishment of a Palestinian state. It will delay it further.”

Israel, arguing it would hinder efforts to conclude a peace treaty after 65 years of conflict, had mounted an intensive campaign, supported by the United States, to dissuade European governments from backing the Palestinian move in the 193-nation U.N. General Assembly, long sympathetic to the Palestinians.

The vote takes place on a date burned into collective memory – when the Assembly voted on Nov. 29, 1947 for Resolution 181, to partition British-ruled Palestine into two states, one Arab, one Jewish. Arab rulers rejected it and, after bitter fighting, Israel alone was recognised as a state six months later.

“No matter how many hands are raised against us,” Netanyahu said of the U.N. vote, “there is no power on earth that will cause me to compromise on Israel’s security.”

Israel, which has occupied the West Bank and East Jerusalem since 1967, says a Palestinian state must be the product of direct negotiations and a peace deal that imposes security measures and charts borders that pose no danger to Israelis.

Netanyahu made no mention of any punitive Israeli measures in his remarks, in contrast to Israeli comments just weeks ago.

A shift in tone follows eight days of fighting around the Gaza Strip. Israel seems reluctant to spurn the goodwill European leaders demonstrated when it was attacking Gaza’s Hamas Islamists. And it may also be wary of further undermining moderate, Western-backed President Mahmoud Abbas, whose standing among Palestinians has been eroded by Hamas’s violent approach.

Direct peace negotiations with Abbas were suspended in 2010 in a dispute over Israeli settlement building in the West Bank.

Netanyahu is running for re-election in a Jan. 22 national ballot and has been accused by critics of harming Israel’s international standing through his Palestinian policies.

Asked about retaliation, Israeli officials said Israel will wait and see what the Palestinians do after the vote, which will allow them access to the International Criminal Court where they could seek action against Israel for alleged war crimes.

The Palestinians have signalled they are no hurry to join the ICC, and pledged in their draft resolution to relaunch the peace process immediately after the vote. Recognition by the General Assembly falls short of the legal weight of a similar move by the U.N. Security Council. A U.S. veto on that body ensures that Palestinians have little immediate prospect there.

Just two weeks ago, Israeli Foreign Minister Avigdor Lieberman said the U.N. Assembly’s approval of the Palestinian resolution would “elicit an extreme response from us”.

Another member of Netanyahu’s right-wing cabinet, Environment Minister Gilad Erdan, said three years ago that Israeli counter-measures could include annexing some of the 120 settlements in the West Bank, territory captured in a 1967 war and which Palestinians say should belong to their state.

But in the past week, Israeli officials have retreated from such talk, retrenching after European countries, which had been largely supportive of Israel’s Nov. 14-21 Gaza offensive, started showing their backing for Abbas’s U.N. move.

At least 11 of the 27 European Union states say they will vote in favour of the Palestinian motion, while Israel’s closest EU ally, Germany, has said it will abstain.

Israel is now threatening only one measure: the withholding of $200 million from the monthly transfers of duties that Israel collects on the Palestinian Authority’s behalf. It says it will cover the PA’s debt to the Israel Electric Corporation.

The deduction, equal to two months’ worth of Palestinian tax receipts, would be painful for Abbas’s cash-strapped government in Ramallah. But it would stop short of a formal suspension of transfers vital to the economy in the occupied West Bank.

Israel has previously frozen payments to the PA during times of heightened security and diplomatic tensions, provoking strong international criticism, such as when the U.N. cultural body UNESCO granted the Palestinians full membership a year ago.