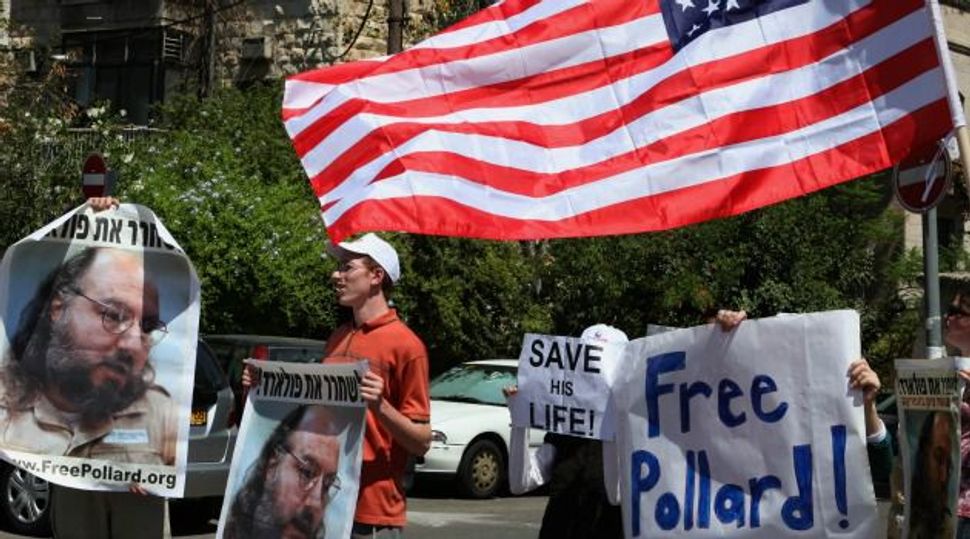 Convicted spy for Israel Jonathan Pollard collapsed in his jail cell and was hospitalized.

Pollard reportedly collapsed Saturday. He reportedly had been complaining of being in serious pain for several weeks.

Pollard’s wife, Esther, told the Israeli news site Ynet that she has been updated on her husband’s condition and asked people to pray for him. It is unknown what caused his collapse.

Pollard recently marked his 27th year in prison. He has suffered from a variety of illnesses since being imprisoned for life in 1986 after accepting a plea bargain for spying for Israel while working as a civilian analyst for the U.S. Navy.

The calls to release Pollard, who is said to be in ill health, have intensified in recent months, with pleas from lawmakers and former top officials of both U.S. political parties.

Pollard has been hospitalized several times during his time in prison. In April, he was rushed to a federal hospital outside of the prison on the eve of Passover, suffering from an unspecified emergency condition.