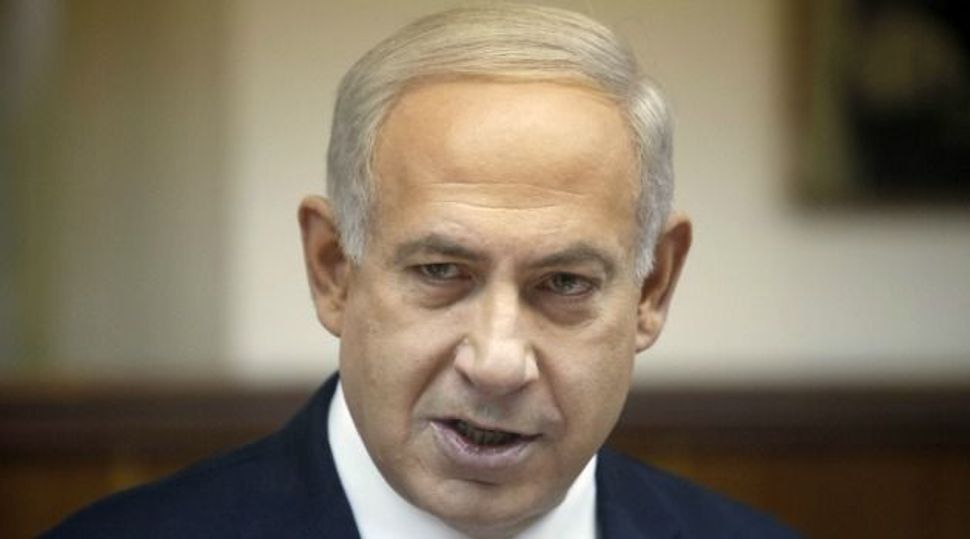 “We will carry on building in Jerusalem and in all the places that are on the map of Israel’s strategic interests,” a defiant Netanyahu said at the weekly cabinet meeting.

In another blow to the Palestinian Authority (PA) in the West Bank, Israel also announced it was withholding Palestinian tax revenues this month worth about $100 million because of a $200 million PA debt to the Israeli Electric Corporation.

Yasser Abed Rabbo, a senior Palestinian official, said confiscation of the funds due the cash-strapped Authority and vital to meeting its payroll, was “piracy and theft”.

Stung by the U.N. General Assembly’s upgrading on Thursday of the Palestinians’ status from “observer entity” to “non-member state”, Israel said on Friday it would build 3,000 more settler homes in the West Bank and East Jerusalem, areas Palestinians want for a future state, along with Gaza.

An Israeli official said the government also ordered “preliminary zoning and planning work” for thousands of housing units in areas including the so-called “E1” zone near Jerusalem.

Such construction could divide the West Bank in two and further dim Palestinian hopes, backed by the United States and other international sponsors of the Middle East peace process, for a contiguous country.

But Israeli officials said it could up to two years before any building begins in E1.

At the cabinet meeting, Netanyahu said the “unilateral step the Palestinians took at the U.N. is a gross violation of previous agreements signed with Israel”. The government of Israel, he added, “rejects the General Assembly’s vote”.

The upgrade, approved overwhelmingly, fell short of full U.N. membership, which only the Security Council can grant. But it has significant legal implications because it could allow the Palestinians access to the International Criminal Court where they could file complaints against Israel.

“The recognition of Palestine as a state changes a lot of the facts, and aims to establish new ones,” Palestinian President Mahmoud Abbas told a cheering crowd in the West Bank city of Ramallah on his return from the United States.

“But we have to recognise that our victory provoked the powers of settlement, war and occupation.”

Netanyahu heads a pro-settler government and opinion polls predict his Likud party will come out on top in Israel’s Jan. 22 parliamentary election, despite opponents’ allegations that his policies have deepened Israeli diplomatic isolation.

“All settlement construction is illegal under international law and constitutes an obstacle to peace,” the EU’s foreign policy chief Catherine Ashton said in a statement on Sunday.

The United States said the plan was counterproductive to any resumption of direct peace talks, stalled for two years in a dispute over settlement expansion in the West Bank and East Jerusalem, both captured by Israel in a 1967 war.

Netanyahu says Israel, as a Jewish state, has a historic claim to land in the West Bank and to all of Jerusalem. Palestinians want East Jerusalem as the capital of a future state. Israel considers all of the holy city as its capital, a claim that is not recognised internationally.

Israeli Housing Minister Ariel Attias said that within weeks the government would publish invitations for bids from contractors to build 1,000 homes in East Jerusalem and more than 1,000 in West Bank settlement blocs.

“E1 is in planning, which means sketches on paper,” Attias told Army Radio. “No one will build until it is clear what will be done there.”

The E1 zone is considered especially sensitive. Israel froze much of its activities in E1 under pressure from former U.S. President George W. Bush and the area has been under the scrutiny of his successor Barack Obama.

Yariv Oppenheimer, head of the Israeli anti-settlement group Peace Now said: “If we build in E1 the two-state vision will truly be history … it is a strategic point that if built, will prevent the Palestinians from having a normal state.”

Approximately 500,000 Israelis and 2.5 million Palestinians live in the West Bank and East Jerusalem.