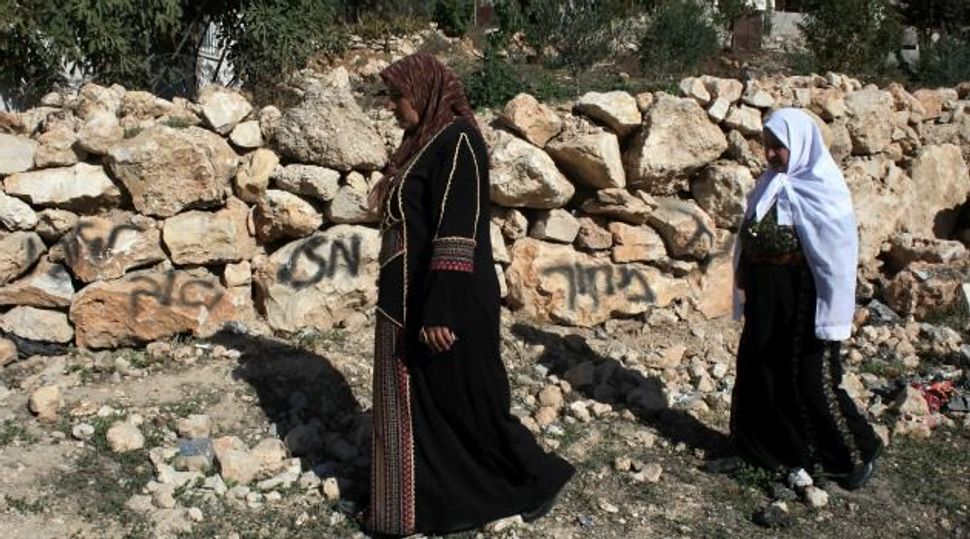 Germany urged Israel to refrain from expanding settlements and Russia said it viewed plans to put more new homes in the occupied West Bank and East Jerusalem with serious concern.

Diplomatic sources said both London and Paris were considering the unprecedented step of recalling their ambassadors to Tel Aviv, but both countries signalled there was still room for manoeuvre to avoid a deep crisis with Israel.

“There are other ways in which we can express our disapproval,” a French Foreign Ministry official told Reuters in Paris after diplomatic sources said France and Britain were mulling whether to order their envoys home from Tel Aviv.

The French government called in the Israeli ambassador to Paris to express disapproval over Israel’s settlement plans.

Britain said it summoned Israel’s ambassador in London to the Foreign Office to hear its concerns over settlement building.

“Any decision about any other measures the UK might take will depend on the outcome of our discussions with the Israeli government and with international partners including the U.S. and European Union,” a Foreign Office spokesman said.

Angered by the U.N. General Assembly’s upgrading on Thursday of the Palestinians status in the world body from “observer entity” to “non-member state”, Israel said the next day it would build 3,000 more settler homes in the West Bank and East Jerusalem.

Such settlement projects in the past, on land Israel captured in a 1967 war and which Palestinians seek for a future state, have routinely drawn almost pro forma world condemnation.

But in a dramatic shift that Netanyahu would have certainly realised would raise the alarm among Palestinians and in world capitals, his pro-settler government also ordered “preliminary zoning and planning work” for thousands of housing units in areas including the so-called “E1” zone east of Jerusalem.

Such construction in the barren hills of E1 – still on the drawing board and never put into motion in the face of opposition from its main U.S. ally – could bisect the West Bank, cut off Palestinians from Jerusalem and further dim their hopes for a contiguous state.

The settlement plan, U.N. Secretary-General Ban Ki-moon said, would deal “an almost fatal blow” to a two-state solution to the Israeli-Palestinian conflict.

Britain made clear it would not support strong Israeli retaliation over the U.N. vote that Palestinians sought after peace talks collapsed in 2010 in a dispute over settlement building.

“We deplore the recent Israeli decision to build 3,000 new housing units and unfreeze development in the E1 block,” a Foreign Office spokesman said. “We have called on the Israeli government to reverse the decision.”

He said building in E1 “destroys the two-state solution, (establishing) East Jerusalem as the capital of Palestine and practically ends the peace process and any opportunity to talk about negotiations in the future.”

Sami Abu Zuhri, spokesman for the Hamas Islamist movement that governs the Gaza Strip, said the settlement plans were “an insult to the international community, which should bear responsibility for Israeli violations and attacks on Palestinians”.

Recalling the envoys would be a powerful diplomatic rebuke to Netanyahu, three weeks after he won strong European and U.S. support for an offensive in the Hamas Islamist-run Gaza Strip, which Israel said was aimed at curbing cross-border rocket fire.

Israel’s vice prime minister, Moshe Yaalon, told Israeli Army Radio he was not aware of any such move.

“I did not hear of this, either via the foreign ministry or the prime minister’s office. Therefore I have a hard time believing it is true,” he said.

Netanyahu, favoured by opinion polls to win a Jan. 22 national election, has brushed off world condemnation of his latest settlement plans and complaints from critics at home that he is deepening Israel’s diplomatic isolation.

He told his cabinet on Sunday that his government “will carry on building in Jerusalem and in all the places on the map of Israel’s strategic interests”.

But while his housing minister has said the government would soon invite bids from contractors to build 1,000 homes for Israelis in East Jerusalem and more than 1,000 in West Bank settlement blocs, the E1 plan was still in its planning stages.

“No one will build until it is clear what will be done there,” the minister, Ariel Attias, said on Sunday.

Israel froze much of its activities in E1 under pressure from former U.S. President George W. Bush and the area has been under the scrutiny of his successor Barack Obama.

Most world powers consider Israel’s settlements to be illegal. Israel cites historical and Biblical links to the West Bank and Jerusalem and regards all of the holy city as its capital, a claim that is not recognised internationally.

Approximately 500,000 Israelis and 2.5 million Palestinians live in the West Bank and East Jerusalem.