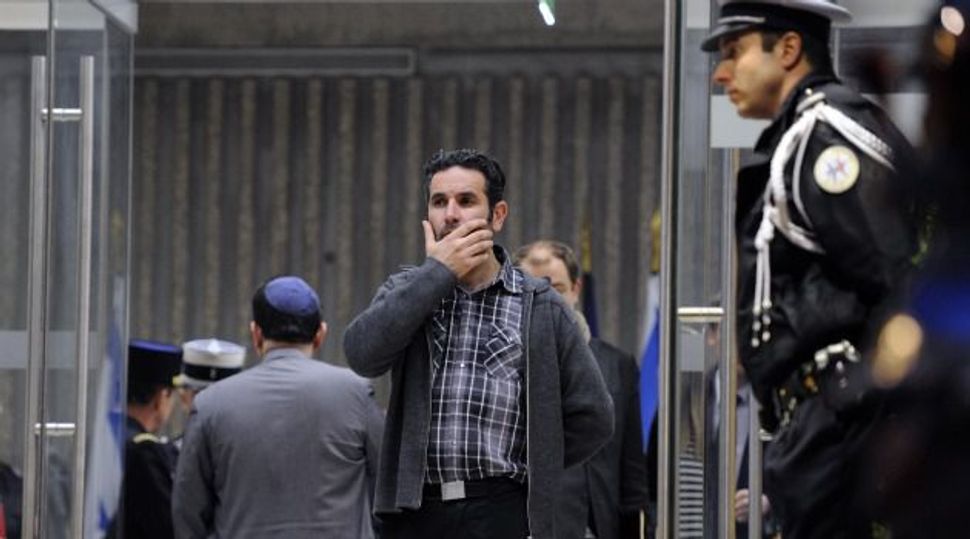 French authorities reportedly have arrested a man and a woman in the Toulouse area on suspicion that they helped Mohammed Merah “commit crimes” that may have included the murder of four Jews.

According to L’Express, a French daily, the two were arrested Tuesday morning. The French news service AFP named one of the suspects as Charles Mencarelli and reported that he had been arrested in Albi, about 45 miles northeast of Toulouse. AFP described Mencarelli as not having a permanent address. His life partner also was arrested at her home in Toulouse, according to the report.

Mohammed Merah, a 23-year-old radical Muslim, killed four Jews – a rabbi and three children – in a pre-planned attack on the Otzar Hatorah Jewish school in Toulouse on March 19. He gunned them down a few days after killing three French soldiers in two drive-by shootings from a scooter near Toulouse. He was shot dead on March 22 by police as they stormed his home.

The two suspects arrested on Tuesday are not suspected of belonging to a Jihadist network, an unnamed police source told L’Express.

The arrests, which did not require any use of force, according to reports in the French press, were headed by France’s domestic intelligence service, DCRI, and the country’s top SWAT team, the anti-terrorist SDAT unit.

They will be brought for arraignment within 96 hours of their arrest, according to L’Express, during which time they will be interrogated about their links with Mohammed Merah.