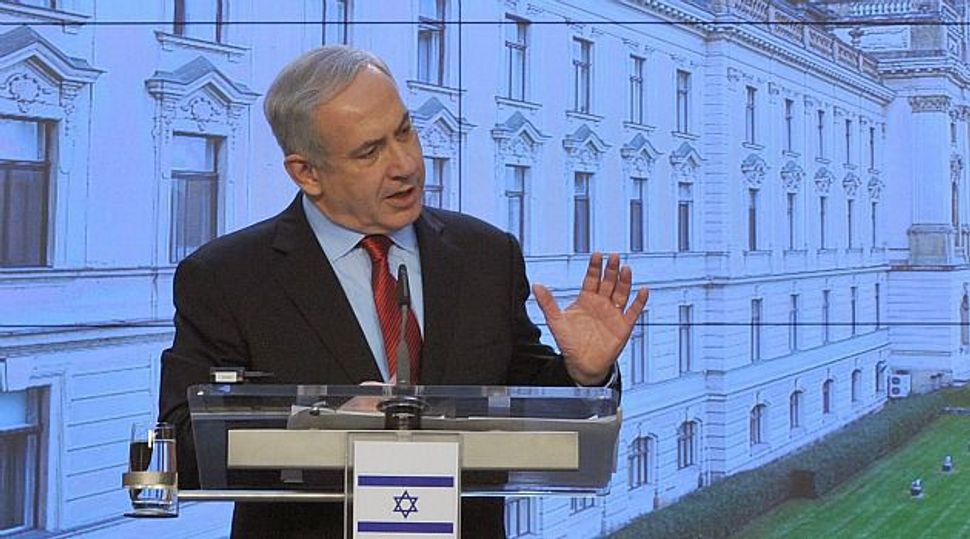 Czech Mate: Benjamin Netanyahu speaks at a press conference in Prague, the first stop on his European trip. Image by getty images

Israel remains committed to a negotiated settlement with the Palestinians, Prime Minister Benjamin Netanyahu said on Wednesday, despite worries among the Jewish state’s European allies over its plans to build more settlements.

“We remain committed to a negotiated settlement between us and our Palestinian neighbours,” Netanyahu said during a visit to Prague. “That solution is a two-state solution for two peoples, a peace in which a demilitarised Palestinian state recognise the one and only Jewish state of Israel.”

Netanyahu’s comments came ahead of a visit to Germany, where he was expected to face a dressing down from Chancellor Angela Merkel for the settlement plans that his government is pursuing following a vote in the United Nations last week granting the Palestinian Authority limited statehood status.