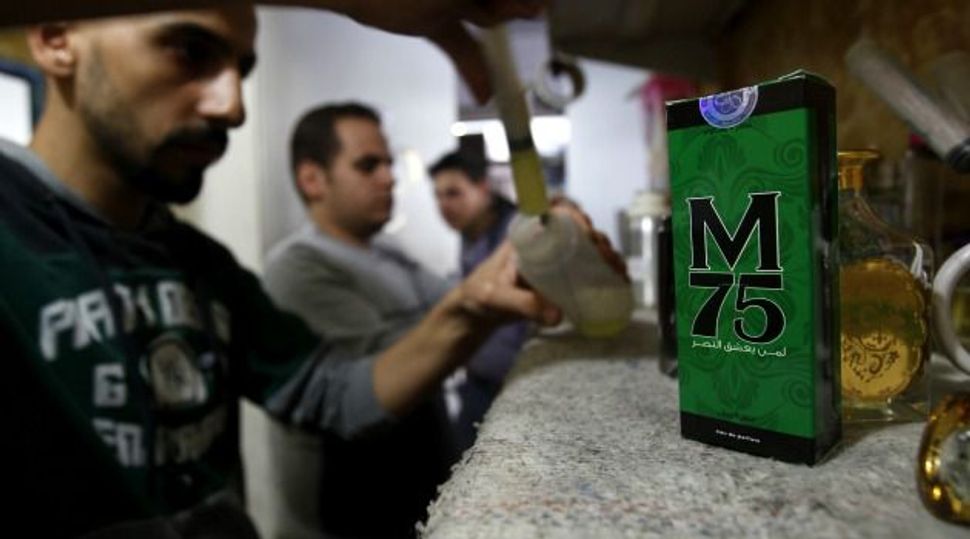 Smell of Success? Palestinian workers package M-75 perfume, which is named after a type of rocket fired at Israel during the recent conflict. Image by getty images

Sales of a citrus-scented perfume marketed in Gaza have soared since it was named in honour of the rockets that Palestinians shot at Israel during a war last month, the manufacturer said.

“M-75” perfume, which comes in men’s and women’s fragrances, is named for the missiles Hamas Islamist militants shot at Tel Aviv and Jerusalem in an eight-day conflict that killed more than 170 Palestinians and six Israelis, ending with an Egyptian-brokered truce.

Although both sides proclaimed victory, and Israel said it had halted rocket fire at its towns, many in Gaza take pride in militants having shot a rocket as far as Tel Aviv, the longest-range aerial strike by the Palestinians so far.

“I hope the smell is strong enough for them to whiff in Tel Aviv and remind the Jews of the Palestinian victory,” Ahmed Hassan, a customer from neighbouring Egypt, said as he bought 30 vials of the perfume as souvenirs in a Gaza City shop.

Rajaey Odwan, director of Gaza’s Continental Style perfume company which markets imported fragrances and local knockoffs, said he thought he’d give customers a chance to smell victory and “turn it into a perfume”.

He sells the 60 ml (2 oz) black-and-green bottles made of orange, lemon and other herbal scents collected in Gaza, for about $13 apiece.

“Sales have gone through the roof,” he said.