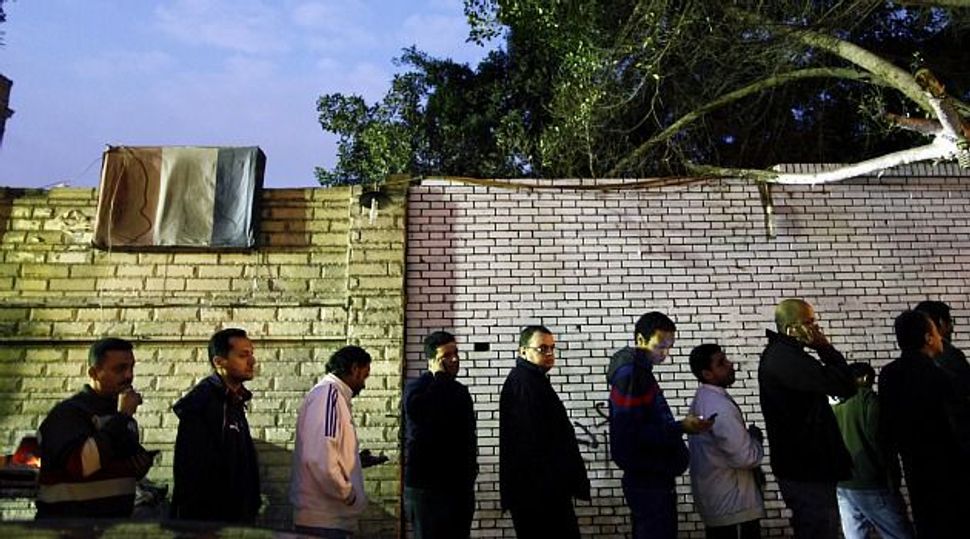 Egyptians voted narrowly in favour of a constitution shaped by Islamists and opposed by liberals in the first round of a two-stage vote, a member of the Muslim Brotherhood’s party that sought a “yes” vote said on Sunday, citing its unofficial tally.

“The referendum was 56.5 percent for the ‘yes’ vote,” a senior official in the Brotherhood’s Freedom and Justice Party operations room set up to monitor voting told Reuters.

The party had representatives at almost all polling stations across the 10 areas, including Cairo, where this round of voting was held. He said the tally was based on counts from more than 99 percent of polling stations. The second round vote in remaining areas of the country is next Saturday.