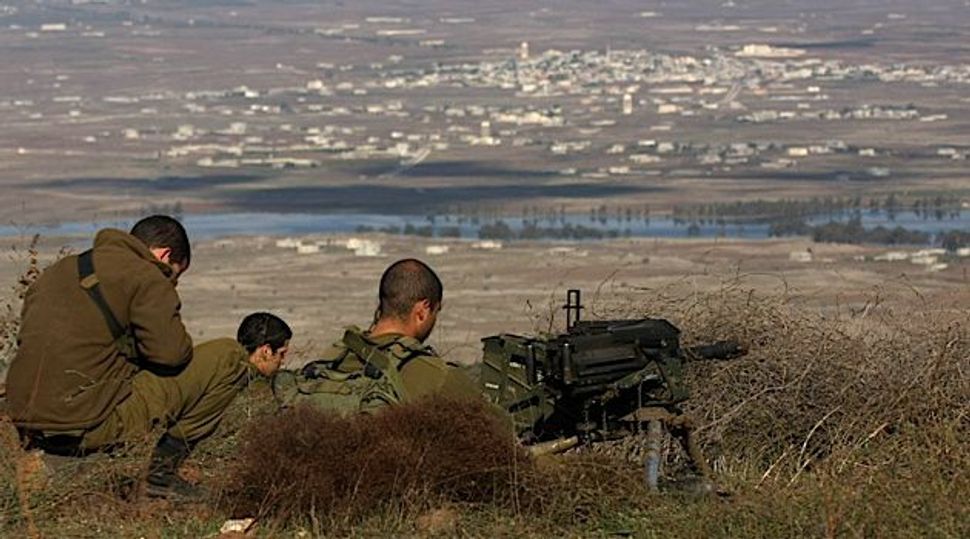 A U.S. and Russian-drafted U.N. Security Council resolution to extend a peacekeeping mission in a demilitarized zone between Syria and Israel warns that tensions between the neighbors could escalate as Syria’s civil war spills into the area.

The draft resolution, which is due to be adopted by the 15-member council on Wednesday, expresses concern at the presence of the Syrian army, armed opposition groups and unauthorized military equipment in the so-called area of separation.

Israel captured the Golan Heights from Syria in a 1967 war. Syrian troops are not allowed in the area of separation under a 1973 ceasefire formalized in 1974. Israel and Syria are still technically at war.

Syria’s 20-month civil war recently began to spill over into the zone, which had been largely quiet since the 1973 ceasefire. Stray shells and bullets have landed on the Israeli-controlled side and Israeli troops have fired shells into Syria in response.

Last month a convoy of U.N. peacekeepers came under fire near the airport in Damascus. The draft Security Council resolution condemns the incident in which it says five peacekeepers were injured.

“Recent incidents across the ceasefire line have shown the potential for escalation of tensions between Israel and the Syrian Arab Republic, and jeopardize the ceasefire between the two countries,” says the draft obtained by Reuters on Monday.

It also agrees with U.N. Secretary-General Ban Ki-moon’s “finding that the military operations carried out by the Syrian Arab Armed Forces have effected adversely the efforts of UNDOF to effectively carry out the mandated tasks.”

More than 40,000 people have been killed in Syria since a government crackdown on peaceful pro-democracy protests in March 2011 grew into a civil war.

The Security Council has been incapable of taking any meaningful action to end the war. Veto-holding powers Russia and China refuse to condemn Syria’s President Bashar al-Assad or support sanctions. (Reporting by Michelle Nichols and Louis Charbonneau; Editing by Paul Simao)