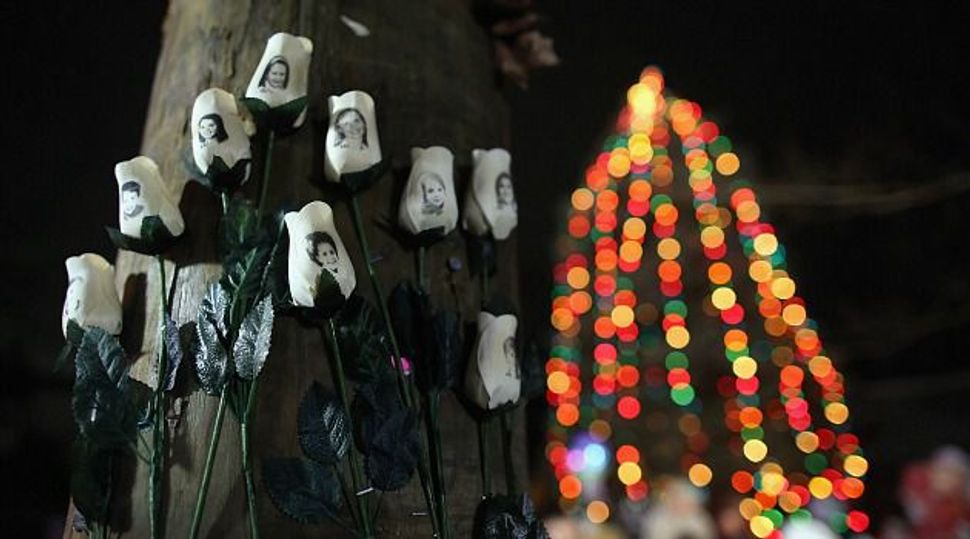 Gun control? Not so much.

Most of Hollywood’s biggest action movie stars have remained silent, so far, on the divisive issue following last week’s slaying of 20 young children and six adults at a Connecticut school. And pop culture experts say it’s not hard to see why.

“If you are known for being a star who carries around weaponry and fires it, when something like this happens, the last thing in the world you want to do is insert yourself … unless you say you are never going to star in another action-adventure movie,” Robert Thompson, professor of popular culture at Syracuse University, said on Monday.

Yet major action heroes Arnold Schwarzenegger, Bruce Willis, Denzel Washington, as well as Pitt and Clooney, have had little or nothing public to say.

That may change, according to a veteran public relations executive who handles many Hollywood clients.

“I think there will be a very public display of outrage from prominent people in the entertainment world and people wanting to do something about guns,” said the public relations chief who asked not to be named because he was not authorized to speak for his clients.

“I think the stereotypical Hollywood action star not wanting to touch an issue like this may be dated. There is a lot of talk about people wanting to express very public outrage. Let’s see who joins, and how that manifests itself,” he told Reuters.

In New York, the Lincoln Center Film Society postponed a Monday screening and conversation with Cruise “out of respect for the families who lost loved ones in Newtown, Connecticut,” according to a statement.

“Jack Reacher,” which opens with a sniper picking off and killing five apparently random targets on a riverfront promenade, is due to open in U.S. movie theaters on Friday.

Cruise has said nothing publicly about the shootings in Connecticut, and maintained his silence on the subject during a Monday appearance on “Late Show With David Letterman” to promote the film.

But “Jack Reacher” director Christopher McQuarrie told entertainment industry website TheWrap.com that the actor played a key role in the decision to cancel the red carpet premiere in Pittsburgh – where much of the movie was shot.

“Tom and I insisted on it. Nobody should be celebrating anything 24 hours after a tragic event like that,” McQuarrie told TheWrap on Monday.

Letterman, however, spoke at length about the killings before Cruise joined him on the set, saying “it’s a sad, sad holiday season.”

The talk show host also said that gun laws were not the answer to a “multi-faceted” social ill.

“I’m not dumb enough to think that this is a problem of guns, because before there were guns people were killing each other,” Letterman said.

He added that he was mystified by the “need” for semi-automatic weapons like one reportedly used in the Connecticut massacre. In a lighter vein, he remarked: “I’ve never seen a deer worth 30 rounds of ammo and an automatic rifle.”

On television, the Fox broadcast network pulled graphic trailers for its upcoming serial killer drama “The Following,” and replaced Sunday episodes of animated shows “Family Guy” and “American Dad” to avoid what a network source called the airing of “any potentially sensitive content.”

The finale of Emmy-winning drama “Homeland” – which included a massive car bomb scene – was preceded with a disclaimer warning that some scenes may be disturbing.

Hollywood is often irked when movies and videogames are held to blame for the actions of Americans, some of them with mental health issues, who have run amok with guns in recent years.

“I think it’s always unfair to single out the entertainment business for scrutiny. There is something deep in the American psyche that is much deeper than videogames or movie or records,” the public relations executive said.

Despite the 12 people killed and 59 wounded by a gunman at a Colorado movie screening in July of “The Dark Knight Rises,” the Batman movie went on to make more than $1 billion at the global box office and is the second most-successful movie in the United States and Canada for 2012.

Thompson at Syracuse University questioned how much influence celebrities wield when expressing their personal opinions – whatever the cause – and especially on an issue like gun control that raises such passion in the United States on both sides of the argument.

“It is much more likely that that kind of speaking out gets people to change their opinion about a celebrity, not an issue,” Thompson said

Besides, he said, who really cares what random stars think about events as emotive as the Connecticut killings?