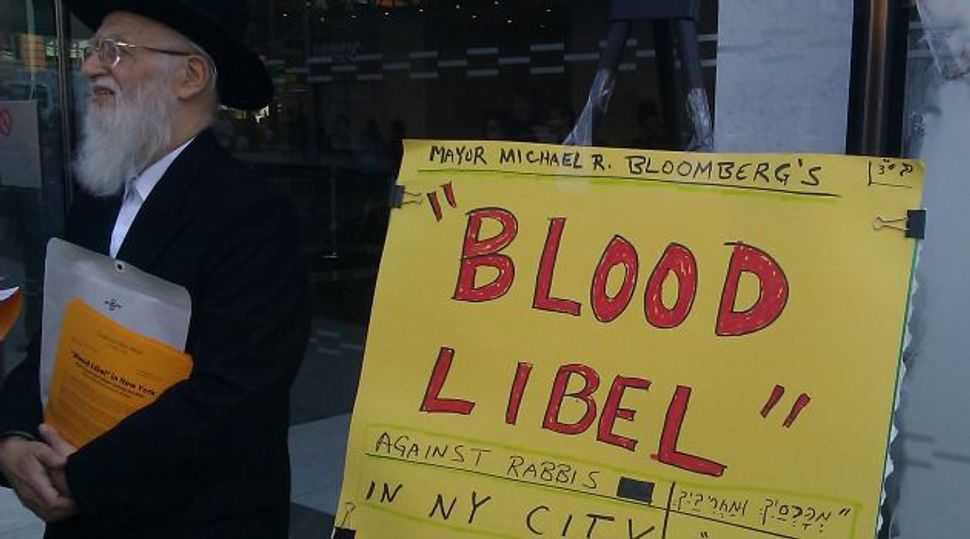 A federal judge heard oral arguments in a case that would require parents to sign a consent form before a controversial circumcision rite can be performed.

U.S. District Court Judge Naomi Reice Buchwald on Tuesday continued the stay of implementing the required warning to parents of the dangers of metzitzah b’peh, a ritual in which the circumciser uses his mouth to draw blood from the baby’s penis.

She said she would make her ruling within a few weeks.

The hearing has been delayed by more than a month due to Hurricane Sandy.

The Central Rabbinical Congress of the United States and Canada, Agudath Israel of America, the International Bris Association and several individual mohels, or ritual circumcisers, filed a lawsuit on Oct. 11 against the city, which contends that the regulation, which conditions the ritual on parental consent, is unconstitutional and violates religious freedom by targeting a Jewish practice.

Under the rule, parents must sign a consent form that says the health department advises that “direct oral suction should not be performed” because of the risk of contracting herpes.

At least 11 boys contracted herpes from the practice between 2004 and 2011, according to city health officials. Two of them died from the disease and two others suffered brain damage, they said.

The New York City Board of Health in September voted 9-0 to require mohels to obtain the signed consent forms. Before that, in June, the city struck an agreement with New York City hospitals to distribute pamphlets about the dangers of the ritual to the mothers of newborns.

Using oral suction to take blood from the area of the circumcision wound is common in some of New York’s haredi Orthodox Jewish communities.