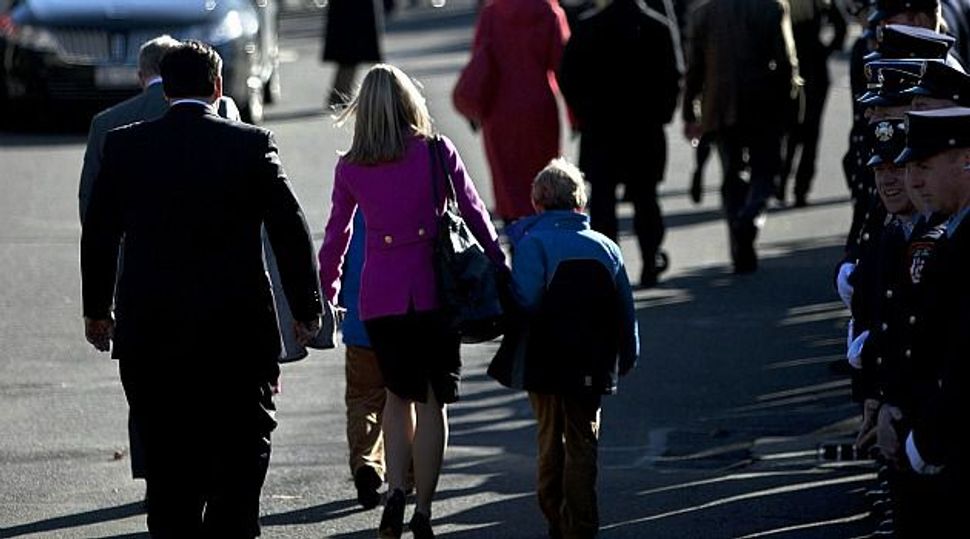 A visit with the grief-stricken family of a six-year-old victim from last week’s Connecticut elementary school massacre has left New York Giants receiver Victor Cruz looking at life through a different lens.

The National Football League player said on Wednesday the 75-minute visit to the home of six-year-old Giants fan Jack Pinto, who was a buried in a replica Cruz jersey, has altered his view on life.

“When you visit a family going through so much, facing so much turmoil in their lives … it just helps you look at life through a different lens,” Cruz, who drove to Connecticut with his girlfriend and infant daughter on Tuesday, told reporters. “It really changes your view of the way you look at things.”

Pinto was among 26 people, including 20 schoolchildren, who were killed by a gunman at Sandy Hook Elementary School in Newtown, Connecticut, last Friday.

When Cruz heard about the child’s devotion to him, he reached out to the family and wrote “RIP Jack Pinto” on the cleats he wore in Sunday’s game against the Atlanta Falcons.

He was met outside the Pinto residence by the child’s family, neighborhood kids and the local youth football team.

“Once I got there, I saw the kids there with my jersey on and I saw the family outside. They were still pretty emotional, crying, so I saw how affected they were by just my presence alone,” said Cruz, one of the Giants’ top players.

“I got out and gave them the cleats and the gloves. The older brother (11-year-old Ben) was still very emotional. I gave the cleats to him and signed stuff for the kids and then went inside. … It was an emotional time.”

“We got to smile a little bit, which was good for them. It was a time where I just wanted to be a positive voice … they are a really great family.”

“That family will remember that all their days. Hopefully, at least some of their grief may temporarily be spent, in being able to embrace Victor Cruz,” said Coughlin. “The fact that he went and did that speaks volumes about what he has inside.”